The Change Of Accent: Medical Or Spiritual 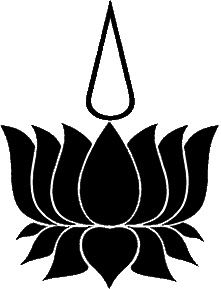 A complete change of subject today. It's all about how a woman's migraine left her with a Chinese accent!

Sarah Colwill, from England, had several very severe migraine headaches. They were so bad that she was forced to call for medical assistance. When the paramedics arrived her voice sounded strange and then she realised it was a Chinese accent.

Sarah said, "I have never been to China. I just want my own voice back but I don't know if I ever will."

She continued to say that at first her friends hung up on her when she tried to phone them as they thought it was a practical joke.

What Sarah has is known as Foreign Accent Syndrome and this is normally brought about by a head injury or a stroke. This was slightly different in her case, though she has suffered from severe migraine's for over ten years.

The 'experts' say it's all down to damage to the brain in the area that controls linguistic functions.

Some even reckon it's a case of pareidolia. To quote Wikipedia "This is a psychological phenomenon involving a vague and random stimulus (often an image or sound) being perceived as significant. Common examples include seeing images of animals or faces in clouds, the man in the moon, and hearing hidden messages on records played in reverse." Can't really see this myself.

Seemingly there have been about 50 reported similar cases since Foreign Accent Syndrome was identified in the 1940s.

One of the first reported was in 1941 when a young Norwegian woman developed a German accent after being hit by bomb shrapnel during a World War II. She was subsequently shunned by her friends and neighbours who thought she was a German spy.

There is a recent report which takes the language a step further. The respected Telegraph newspaper tells the story of a Croatian 13 year old girl who was in a coma. On waking up she could no longer speak Croation, but could speak perfect German.

Okay, so the experts say they know the reason for Foreign Accent Syndrome, but lets throw something else into the melting pot: xenoglossy.

Xenoglossy is the ability to be able to speak an unknown and unlearned language. Sometimes this can happen in past life regressions and mediumship.

A well known case is that of a Hindu girl Swarnlata Mishra who was born in 1948. She began to sing Bengali songs and perform Bengali dances without ever experiencing the Bengali language or culture.

To Swarnlata the reason for this was simple: she had been taught the songs and dances in a previous life.

It's a funny old world - there are many mysteries that are so easily explained away by those so called 'experts'. But who is really right?
Posted by Mike Perry at 12:36