TE Lawrence And The Law Of Oppulence 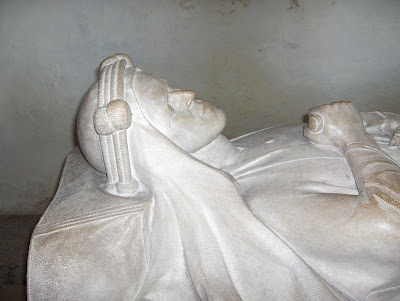 "All men dream, but not equally. Those who dream by night in the dusty recesses of their minds wake in the day to find that it was vanity; but the dreamers of the day are dangerous men, for they may act their dream with open eyes, to make it possible." - TE Lawrence

I always think of the above quote by Lawrence of Arabia, TE Lawrence, as a reminder that to achieve our wishes takes more than just dreams. We have to also take action - in whatever way we choose.

Some will say that we can create our dreams, desires and wishes with our mind by imagining the things we wish, visualisation if you like. Fine - but this also takes action, or that horrible word: work.

Nothing comes from nothing. According to some occultists there are three classes of workers and we all fit into one of these categories.

First there are the physical workers, second the physico-mental workers and thirdly the purely mental workers. This third group are the people who can put the full Law of Oppulence into practice and can create wealth to meet whatever their needs and expectations.

But as Lawrence indicates we have to act on our dreams to make them possible - whether this be physically or - at the top end of the scale - mentally.

Not quite sure how I got on this theme today. I think it was looking at the photos I took of TE Lawrence's effigy while in Dorset. The quite wonderful sculpture resides in the 1000 year old St Martin's Church in Wareham. It is now said to be priceless.

I came across it purely by chance. I was driving past the small church, screeched to a halt, and thought we had better take a look. We were quite surprised to find TE Lawrence inside as the church is really tiny and would seat only about 40 worshippers at the most.

We were the only people inside other than an 'expert'. She was informative and gave us lots of facts and figures on the church's history - too much!  I was soon in overload mode and most is now forgotten, but it was difficult to shake her off.

To find a sculpture of this quality and historical importance in such a small church and town is quite extraordinary, even though Lawrence lived in nearby. It was was sculpted by Eric Kennington, the official war artist for both the First and Second World Wars, between 1936 and 1939. Lawrence died of a motorcycle accident in 1935.

And that's life, we all have to be put somewhere.

Further Dorset Posts:
River Piddle Makes The Trade Unions Smile
The Dancing Ghosts On The Jurassic Coast
The Most Fearsome Predator Ever Seen In The Sea 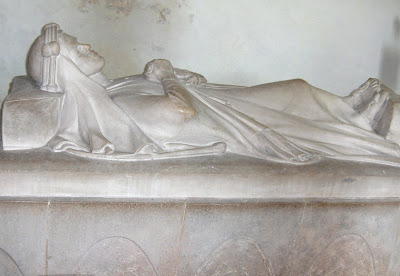