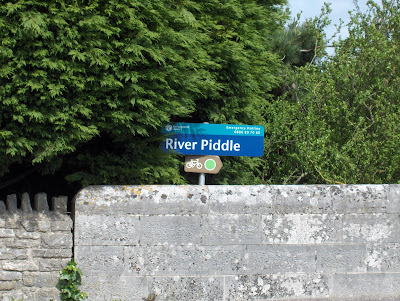 The name of the River Piddle in Dorset, England often makes visitors smile. But it's important enough to have several villages and towns named after it including: Puddletown, Tolpuddle, Piddlehinton, Piddletrenthide, Affpuddle, Briantspuddle and Turnerspuddle.

It can be seen that in some instances the word Piddle has been changed to Puddle. This is said to have been altered to save embarrassment for any royal visitors - but this is probably just a myth.

The river in old English would have been shown as 'Pyddle' and local dialects would have varied to make sound like either Piddle or Puddle. Mind you, some more sensitive souls now call it the Trent for some reason.

The village of Tolpuddle is important as this was where the very first trade union was started by a group of farmers, who became to be known as the Tolpuddle Martyrs. They formed in 1834 when their wages were to be cut by 30%.

This 'revolt' didn't go down too well with those authority and the men were arrested and convicted of swearing a secret oath.

The English legal system didn't mess about in those days and the Tolpuddle Martyrs were exiled to Australia. This caused a public outcry and after three years they were finally given a pardon and allowed to return to England. They are considered to be the founders of the Trade Union Movement.

The photos show the River Piddle sign and the river itself from the bridge. I took these on my last visit to Dorset. 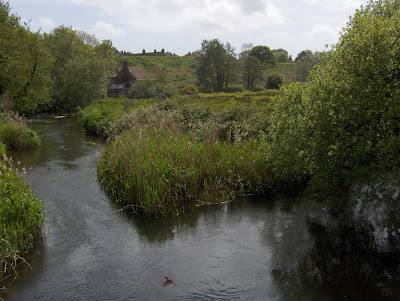