The Costa Concordia Coincidences With The Titanic 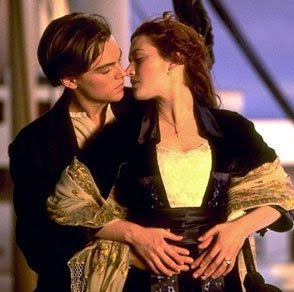 I thought there were bound to be some coincidences, somewhere, following the tragedy of the Costa Concordia off the Italian island of Giglio - and also possibly some sort of link up to the Titanic, which sunk one hundred years ago in 1912. Now two have come to light.

Firstly there is the case of 30 year old Valentina Capuano who was aboard the Costa Concordia as it hit rocks. One hundred years earlier her grandmother was aboard the Titanic on it's maiden voyage to New York from Southampton in England.

Valentina said, "It was like re-living history, it was horrible, I was really shocked. I am still shaken up and get very upset when I think about what I've been through, I have heart palpitations."

Her grandmother, like her, survived the Titanic sinking but Valentina's great uncle was also on board, working as a waiter, and was sadly one of those who died.

The second coincidence has been told by two survivors of the Costa Concordia, Yannic and Keven Sgag. They claim that as the ship hit rocks they were listening to music in the restaurant. At that precise moment was one of the songs from the Titanic film: Celine Dion's hit My Heart Will Go On.

The brothers said they were, "... astonished by the eerie coincidence."

And for the superstitious, we must remember that the Costa Concordia sunk on Friday the 13th. It's also said that neither the Titanic or Costa Concordia were christened prior to their maiden voyages.