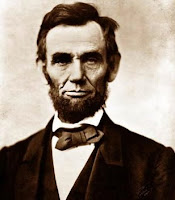 There are lots of famous coincidences. Here's some about Abraham Lincoln that are quite well known.

Actually, thinking about it, the first part perhaps isn't quite so well known. When Abraham Lincoln was a young man he knew of someone in financial difficulties who had to sell all of his belongings to survive. Being a compassionate sort of man Lincoln bought a barrel from him for one dollar.

As for the barrel, he had no idea as to what was inside and simply put it into storage.

Years later Lincoln wasn't sure which path to take in life: either journalism or the legal profession. While thinking about his future he came across the barrel again and decided to see what was actually inside.

In the barrel was a set of law books. He took this to be a sign and chose the law profession which, in turn, led to politics and eventual presidency. Sometimes it's as if coincidence and synchronicity are pointing to our destiny. 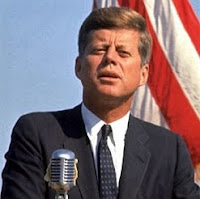 Moving on, there are many coincidences linking Presidents Lincoln and Kennedy. They are fairly well known but make an interesting read for anyone interested in coincidences.

4. Both Lincoln and Kennedy were shot on a Friday, behind the head and in the presence of their wives. And so it goes on.

7. If you are into numbers both Booth and Oswald were known by three names and their names are made up of 15 letters.

9. Both Booth and Oswald were themselves assassinated before their trials.

10. Moving on to their successors, both were called Johnson and were born 100 years apart. Andrew Johnson was born in 1808 and Lyndon Johnson, who succeeded Kennedy, was born in 1908.

11. There are also other similarities such as Lincoln having a secretary called Kennedy and Kennedy had a secretary named Johnson (though some dispute this fact) and both of the presidents' wives lost a son while living in the White House.

Can this really be all by chance? Or is there something greater behind these coincidences?
Posted by Mike Perry at 14:28