I thought today we would look at retrocognition for a change. And for this purpose there follows something that Rayner Garner experienced and which is mentioned in Colin Wilson's

book Mysteries - an investigation into the occult, the paranormal and the supernatural.

As I understand it, following a special meditation process, which unfortunately is not explained, Rayner Garner found himself in a 'placid emotional condition'. This, he says, lasted for about three weeks 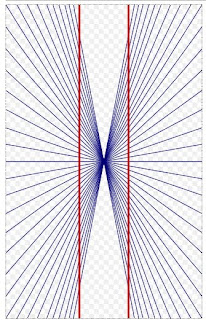 "The effect that it (the meditation) had on me ... was to notice that if I stared at an object for more than a fleeting glance, I would begin to see superimposed, or rather under-imposed, another picture. On this occasion I was staring at a light plug and saw a picture which appeared to be people in a factory, which I took to be the place where it was manufactured. If I continued to gaze, a further series of pictures, rather more hazy, would appear - scenes which seemed to be the places where the raw materials of the plug were mined or extracted. I found this to be true of just about everything I looked at for any length of time.

I was aware that this could have been an illusion ... and subjected this to a test.

I visited my mother who had lived in Harrow (England) for most of her life and knew the surrounding countryside before it had been built on. With her, I walked around Harrow and its surrounds, describing, to her astonishment, the landscape with its farms, streams and fairly small pockets of dwelling places in existence before I had been born. According to her memory I was very accurate. I cannot, of course, discount the possibility that I had at some time heard her describe what it was like in the past ... all I can say is that I cannot consciously remember anything of the sort.

I also noticed that, as with the light plug, if I continued to look at one area, earlier dwellings would appear, then scrub or forest only; finally, in one case, earlier primitive dwellings such as I imagine a Stone Age settlement would look.

As to myself, I noticed that I appeared to be somewhat insubstantial. As I walked, everything, including my own body, appeared to be shimmering - at first I thought that I would have trouble negotiating stairs and kerb stones ... The whole universe seemed to be unreal, shimmering with energy. The only real thing was 'I'. For the first time in my life, I felt myself to be real. The observer was really 'here', and observing; everything else was an illusion. I could see particles which, for some reason, were slowed down. What a change from my usual state in which 'I' felt insubstantial and the rest of the universe too horribly real."

Email ThisBlogThis!Share to TwitterShare to FacebookShare to Pinterest
Labels: Retrocognition