Corfe Castle Where West And East Are In The Same Direction 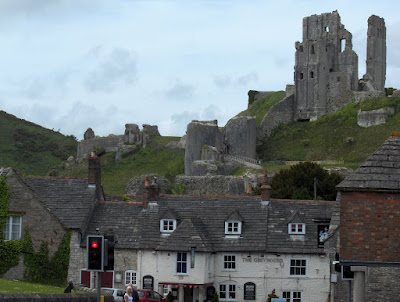 Someone emailed and asked if I knew anything about Corfe Castle and 'by coincidence' I had been there recently and had taken a few photos. So, hope this helps Adrian!

Corfe Castle is in Dorset on the south coast of England and there is evidence of the first civilisation settling in the area 6000 years ago. The village nestles in the Purbeck Hills, with the castle ruins high above the houses.

Corfe Castle village is a confusing place because both East and West are in the same direction - as can be seen by the signpost below! 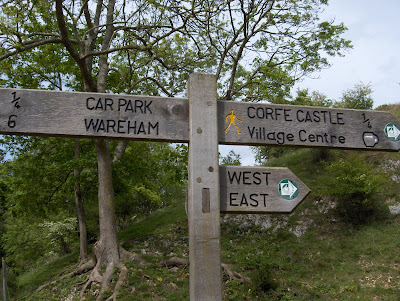 It's thought that there has been some sort of castle since Roman times, though the first castles would have been built of wood. The Purbeck local stone building was built by William the Conqueror back in the 11th Century and was often frequented by Kings and Queens for the next 600 years. Queen Elizabeth I owned the castle for a while but sold it in 1572 to Sir Christopher Hatton. In 1646 the Parliamentarians destroyed most of the castle - as they weren't too fond of Kings and Queens! 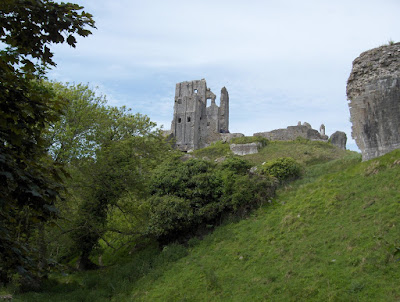 The village houses and cottages are made from the local Purbeck stone. The road through the houses has, unfortunately, been updated and yellow lines (no parking) are in abundance. 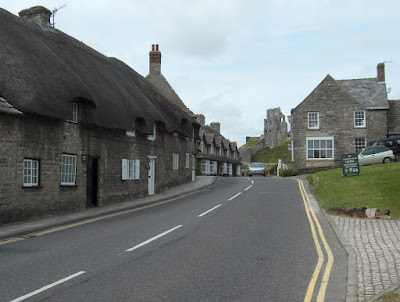 The photo below shows, what was, the local blacksmiths dwelling. 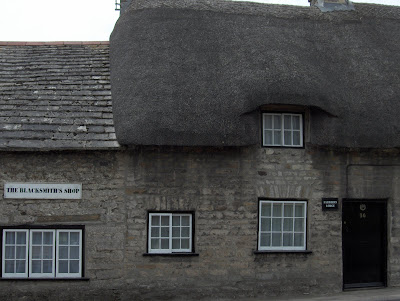 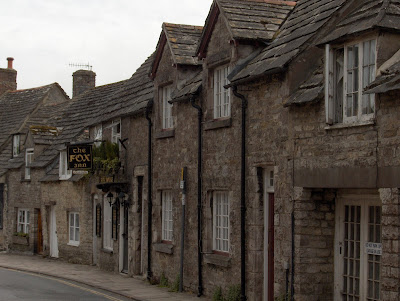 The Greyhound pub is shown in the top photo of this post but the oldest pub, dating back to circa 1568, is The Fox (below and above), a much smaller place to find a pint of beer 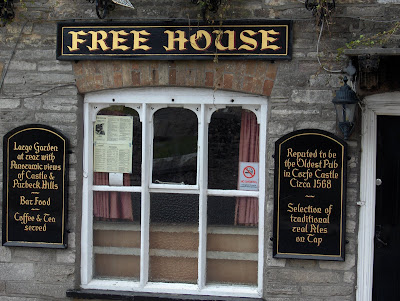 There are traditional thatched cottages in the village ... 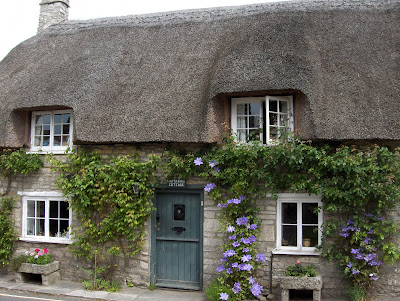 ... and some of the cottages have very small windows almost in the roof. 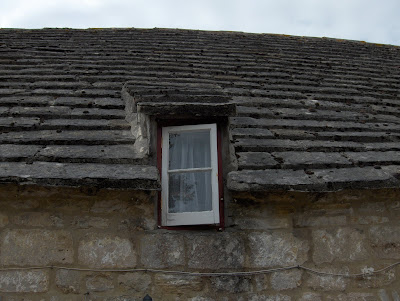 But if you want something grander the impressive thatched cottage below is up for sale - or at least it was when we visited Corfe Castle. 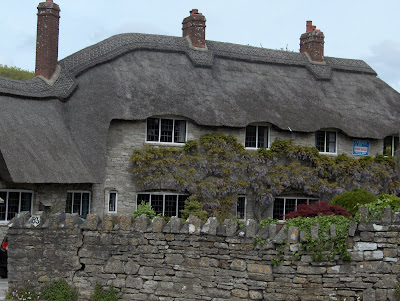 Corfe Castle is an interesting place to visit and is like stepping back in time - if it wasn't for those yellow lines on the roads and the set of traffic lights near the Greyhound pub (see photo at top of post). Otherwise it's well preserved, and there is lots of great scenery nearby.