The Ghost Who Chased A Thief 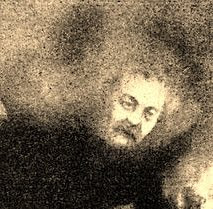 A 67 Not Out Reader's Ghost Story experience today. My thanks to Tara W. for e-mailing this to me.


I know you sometimes ask for coincidence stories but after reading your post on Anne Diamond's Ghostly Experience I wondered if this experience of ghostly happenings would be of interest.

A few years back, before I lived with my partner, I was living at home with my parents for the summer after University. They were going away on holiday and left me with the responsibility of looking after the house.

I didn't mind being alone but I asked a girlfriend to stay over with me as company. My mum and dad are real worriers, when they go away and leave the house, but I assured them I would make sure everything was okay.

And everything was okay for about ten days. Then it happened.

We were both asleep in our beds when I heard a sound from one of the spare bedrooms. Suddenly this turned into almost a shout and there was a crashing noise. I'm not very brave but I got up to see what was happening. As I did so I saw a man climbing out of the window saying something like, "Leave me alone, leave me alone."

He wasn't saying this to me and I stood almost paralysed with fear as the man continued out of the window. He jumped to the ground and I could then see him running like a mad man up the road.

I stood there in my pyjamas and felt as if someone was watching me but I didn't feel frightened any more. The tension seemed to flow out of me and my heartbeat slowed.

At that moment my friend came to see what was happening, she'd just woken up. "Who was that old man she said."

"What old man?" I answered.

"The one who came into this room."

I was beginning to get a bit spooked again now as she explained that what looked like an old grey haired man had walked into the room where I was standing.

"There was no old man," I insisted.

I called the police and they came round, took statements, and checked the window where the man I had seen, a young man about 18, had escaped.

My friend didn't mention the old man she had seen and thought it must have been a trick of the light or something.

Nothing appeared to be missing so the police went away. As no damage was done either I decided not to phone mum and dad as it would spoil their holiday.

Next morning bright and early my mum was on the phone to me. She'd had a dream and was worried about me and the house. I told her about the attempted robbery and she said, "That explains it."

"Explains what?" I asked.

"My dream," she answered. She told me how she had dreamt of her father, my granddad, who had died nine months ago. She said he was standing in front of the house with a big walking stick, like he was on guard duty, and was keeping people away from the house. The dream ended when he chased this young man up the road waving his stick.

I know it sounds far fetched but mum and I, and dad to some degree, think that granddad was looking after our house and it was him, or rather his ghost, which chased the young man who had escaped through the window. It was granddad my friend had seen.

Normally, when mum and dad went on holiday, it would be him who moved in to look after the house. He always did this ever since my grandma had died about ten years ago.