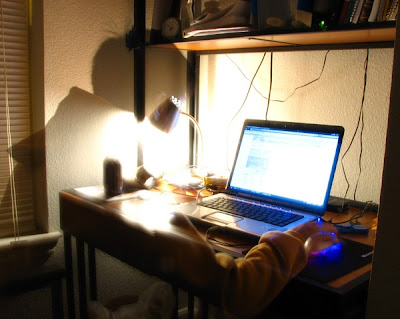 Nothing too serious today, just a bizarre photo of a 'ghost' using a computer. Yes, they keep up with technology!

Of course, a lot of readers will say that it's probably a double exposure - but who knows. Such things have been happening since the beginnings of photography. Below is the great magician Houdini who has managed to conjure up, or should I say materialise, non other than President Abraham Lincoln on the chair next to him. What a chat they must have had. 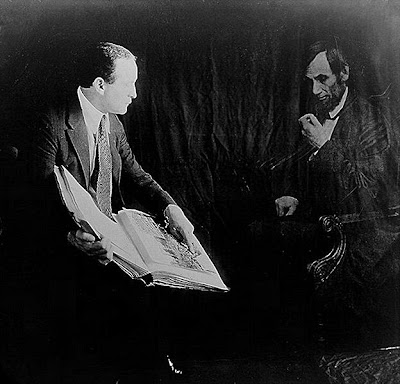 And the bloke below, from a long gone age, thought he had seen the last of his dead wife but up she popped in a photo with him. He looks none too pleased. Especially as there seems to be an alien in the photo as well over his left shoulder - as seen in the small photo on the right - or, depending on how you look at it, another face. 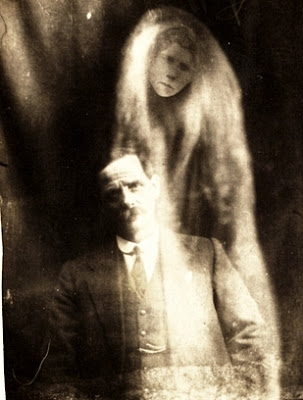 In life, of course, there is only what we believe to be true. There is no reality, there is just our realisation of how things are.