Plants And The Pleasure Of The Birds And Bees 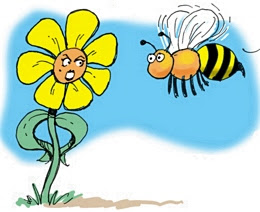 Often when people write about coincidences and other such things they talk about how everything is linked together: people, the past, the present, the future and everything else that exists. If this is the case we must have the ability to influence everything - dependent on the strength of our mind. Take plants as an example.

People often mock when others say that they talk to their plants to make them grow better. But if everything is linked it's not such a silly notion at all. In fact it's been proven.

Take, for instance, the experiment of Dr Robert Miller, a professor from Georgia. He wondered if the mind could affect the growth of rye grass. I don't know why he picked on rye grass, but guess he had to choose something.

He set about finding out how quickly the rye grass grew from seed. Once the grass had sprouted he used a special instrument with a feather like arm to measure growth. This was connected to a moving drum where a chart recorded the increase.

Having established this average growth he contacted two psychic healers Ambrose and Olga Worrall who lived hundreds of miles away. There job was to hold his rye grass in their minds starting at exactly 9pm.

The next day he checked the figures. The chart showed a steady continued average growth until 9pm, and then the growth started to increase. By 8am the next morning it was now growing at 0.525 of an inch per hour - an increase of 740%.

Using electronics Pierre Paul Sauvin discovered that plants respond to pleasure. He'd previously done tests that showed that if a plant was going to be injured - even if this was only a thought held in his mind - the plant would respond when attached to a galvanometer monitoring electrical activity.

One weekend Sauvin went for an overnight stay at his country cottage with his girlfriend. One thing turned to another and during the night the couple made love.

When he returned to his workshop, where his plants were housed, he found that the equipment attached to his plants, to record electrical activity, showed a dramatic increase at the same time as he had been having sex. At the moment of orgasm the marker pen - which recorded the data - flipped straight off the trace paper!

There are lots and lots of experiments with plants and their responses. Like everything else in the world they respond to love. So if we think nice thoughts and, like the old hippies, make love not war the world could perhaps become a nicer place.

Everything we do is important and creates a reaction somewhere.