Healing And Visualisation Without Will Power 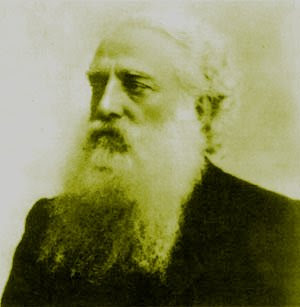 Life is about developing ourselves along certain lines, some of these often categorised as paranormal. Sometimes though, we put too much effort and willpower into our quest, especially if interested in the likes of clairvoyance, visualisation, healing and so on.

An illustration of this is the almost unintentional powers developed by Colonel Henry Steel Olcott, who was founder, along with Madame Blavatsky, of the Theosophical Society, in the late 1800s.

At the time the colonel was in Sri Lanka, or Ceylon as it was then called. He had the idea that it would help the community if he could encourage a Buddhist revival.

At the time the Catholics were trying to convert the locals and intended to set up a centre at Kelanie, with the added attraction of a healing shrine similar to that at Lourdes.

Colonel Olcott realised that if the healing shrine was effective the Buddhists would lose many of their 'congregation' to the Catholics. The colonel suggested to the Buddhist high priest. Sumangala, that he too should try working healing miracles. The response was negative as the priest said he had no such powers.

The necessities for most development must surely be positivity or optimism. If we don't think we can do something then we are unlikely to achieve whatever it is.

Soon after the conversation with the Buddhist high priest the colonel was introduced to a man who was paralysed in one arm and one leg. The colonel thought he might as well try some healing suggestions on Cornelius Appu, as the man was called.

He made a few mystic passes over Appu and told him that this would help his problems. No real effort or will power was used by the colonel.

Unbelievably Appu returned to see the colonel later the same day saying he was feeling a lot better and requesting more treatment. Again a few words were spoken by the colonel and he passed his hands over his 'patient'.

Cornelius Appu started to improve and was so happy he spread the news that Colonel Olcott was a miracle worker. The cure was reported in the local newspaper and Appu brought another paralysed man to see the colonel. He followed the same procedure using positive words of suggestion and made his 'mystic' passes. This man was also cured.

The news snowballed and the colonel became overwhelmed by people with various ailments, all wanting to be cured. The few became crowds and his life was almost taken over.

Being an intelligent man Colonel Olcott realised that his powers were, "like riding a bicycle, a matter of confidence and practice." He came to believe in his powers as did the sufferers - and cures came about over and over.

The colonel recorded that he would often bathe in the salty water of the harbour and would feel "currents of fresh vitality entering and re-enforcing" his body. One time he said that "... it seemed as if I might mesmerise and elephant." He didn't! But what he did do was to cure a young man with facial paralysis from the other side of a room by simply saying in Bengali, "Be cured."

One of the things about this story is that it wasn't really important as to whether the colonel had cured that very first person. There was no pressure and the outcome didn't really matter. This attitude is something I have personally experienced with visualisation. If I picture what I want without any will power, with the attitude as if I was simply posting a letter in the mail, then the visualisation is more likely to be a success - especially if, afterwards, I can forget all about what I have requested.

Magic, success, healing or whatever you may want to call such things comes about almost involuntarily. All you do is set the process in motion. Forget will power.

It's interesting that Hitler could sway and influence crowds of people almost hypnotically but lacked charisma on a one to one basis. He could simply switch on his oratory powers, when it was necessary to do so - because he believed he could.

If we believe we can do something - really believe - then we can achieve anything. But true belief often builds slowly ... if we start small our belief increases and so will the size of our demonstrations or results.