Why The 26th Of December Is Known As Boxing Day 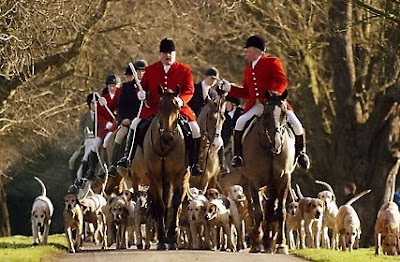 I believe I was three years old and at Christmas we were staying in a country location with friends of my parents. The Fox Hunt started from the cottage where we were staying was situated. I remember distinctly the horses and dogs, the colour and all of the excitement. Back then I didn't, of course, realise that the idea was to kill the foxes with the dogs tearing them to pieces - something truly horrific in my eyes today.

Email ThisBlogThis!Share to TwitterShare to FacebookShare to Pinterest
Labels: Boxing Day, Thought Of The Day