One Billion People Do Not Have Access To Water 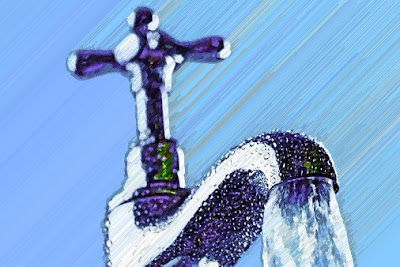 We take so much for granted at times. Take water for instance. I've just come across the statistic that over one billion people in the world do not have access to even a basic water supply. Just imagine that, no fresh water from the taps for drinking, cooking or bathing.

In 2010 the United Nations passed a resolution which basically said that clean drinking water is a fundamental right for everyone, But, guess what, not all countries agreed. Both the USA and the UK abstained on the grounds of what this would cost.

Privately owned water companies also disagreed. When someone put it too them that they were profiteering as water 'was a gift from God' one of the company presidents answered glibly, "Yes, but He forgot to lay the pipes."

We spend billions on wars and weapons and yet millions in the world don't have clean, drinkable water. We seem to have some skewed ideas of what is important.

Makes me wonder if water will become the new oil, where profiteering and power flourishes - let's hope not.

Email ThisBlogThis!Share to TwitterShare to FacebookShare to Pinterest
Labels: Thought Of The Day, Water