A Vicar's Prayers For Money Were Answered 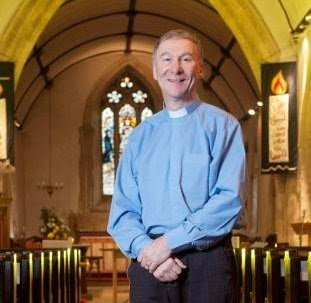 The Rev Dominic Furness of the All Saints church in Hampshire, England asked his congregation to pray for help over their church's money worries - and what a response he got.

As Rev Furness told the Daily Mail: "I have seen God provide before and put my faith in the fact that he would again, but sometimes he doesn't half show off."

God showing off - surely not, but it's easy to see how the vicar may have thought this when his prayers were answered with a £200,000 (nearly US$300,000) donation from an anonymous donor.

A note with this large sum simply said, "God prompted me to put my hand in my pocket."

There was also more good news. This donation coincided with another anonymous gift of £3000. No doubt there will be a third soon.

The vicar has obviously got the knack of how to pray off to a fine art! But as I wrote in a post about Guardian Angels, a few days ago, it's up to us to ask - if we are having any sort of problems. There's that old saying about If you don't ask you don't get and that's true, no matter at what level we are talking about: spiritual or more worldly.

The All Saints worshippers were delighted that prayers had been answered. As Rev Furness explained, "I shared the news with the church council before making an announcement at morning service. Some people were reduced to tears while others' reactions were like something out of a cartoon I could see their jaws hitting the floor."

The vicar comes across as a positive, good man and it's nice to see that he has a sense of humour. Religion doesn't have to be dull!

Similar Themed Posts:
Is This Why Prayers Are Never Answered
How A Prayer Was Answered
Gratitude The Sacred Secret And The Law Of Attraction