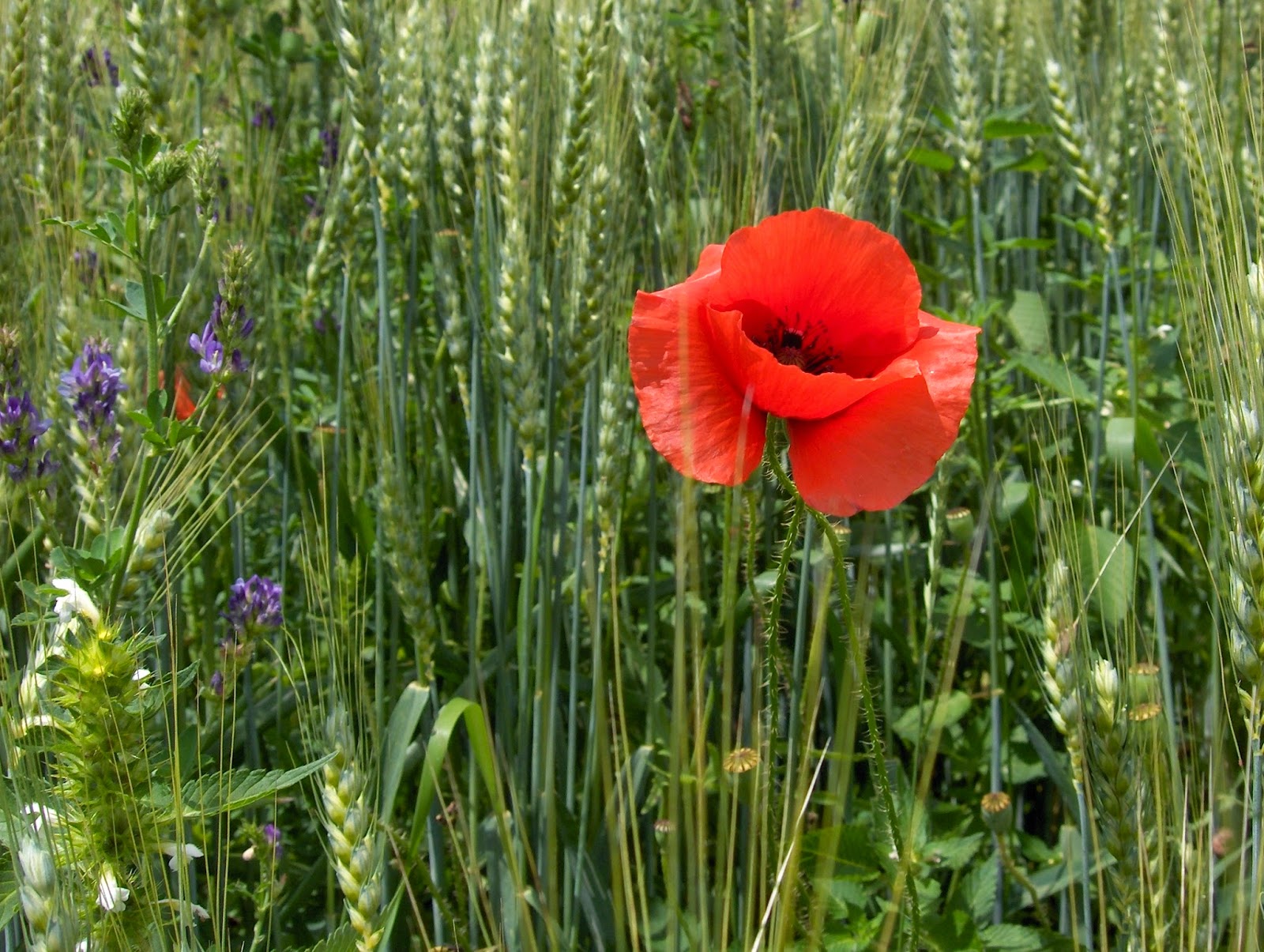 Today is Armistice Day in the UK, known as Remembrance Day in some countries and Veterans Day in the USA. The symbol for remembrance in the UK is the red poppy, thus my photo above.

The following are simply bits and pieces I found in a case, when my mother died, appertaining to the world wars.

My dad didn't pass the fitness examination to join up for World War II, so he did his bit in the Civil Defence and below is the certificate he was given when the war was over. 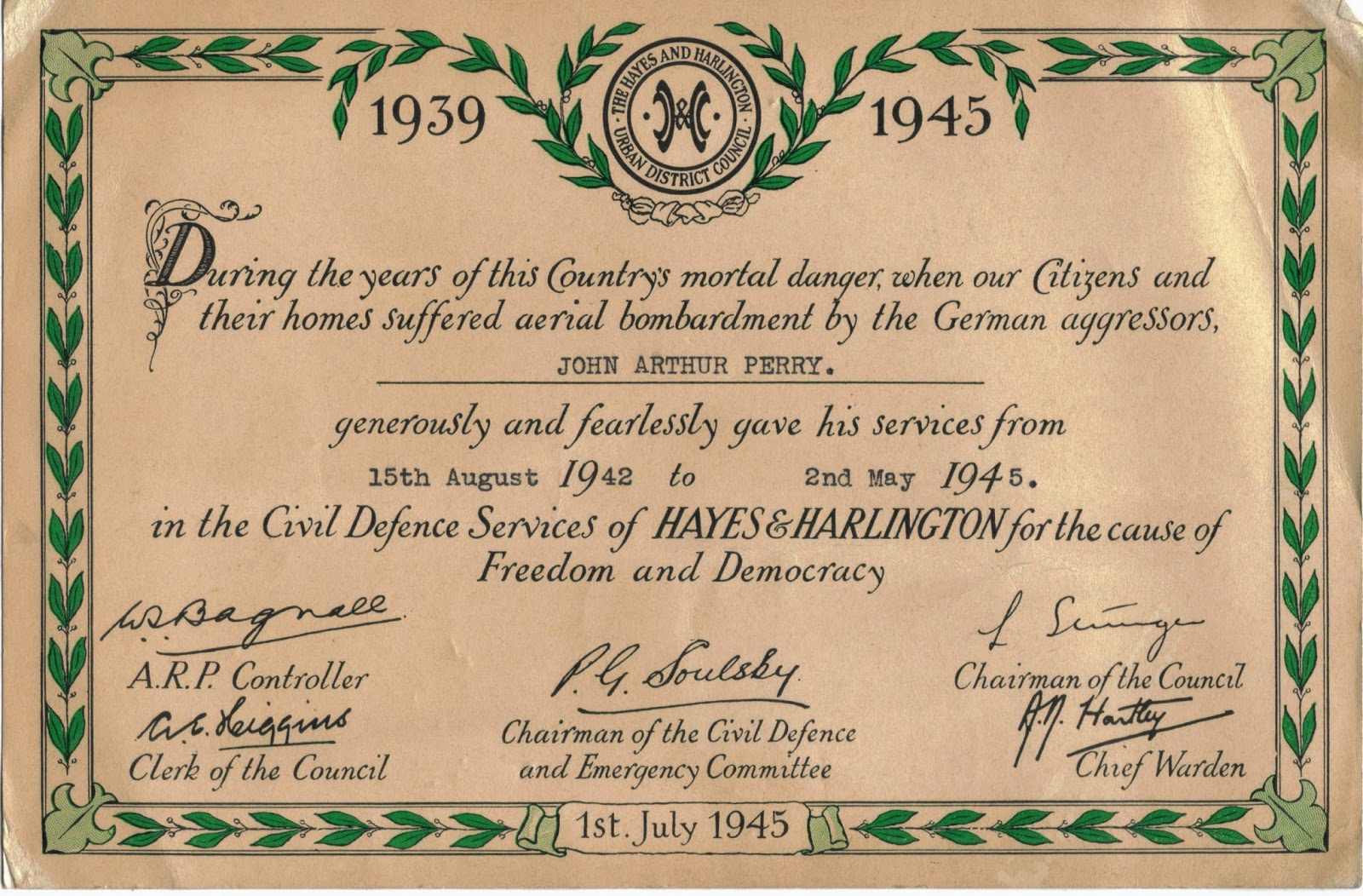 The following is a letter I have published before. It's informing my Aunt Ella that her fiance had been killed in action. It's not that clear but it reads:

I am so grieved for you to hear the War Office report that Sapper Leslie William Moat, 2008731, The Royal Engineers (1st Parachute Squadron), is now presumed to have been killed in action.

It seems so hard that you should have this distressing news after all your anxiety, and I beg you will accept the very deep sympathy of everyone in this Department on your sorrow. 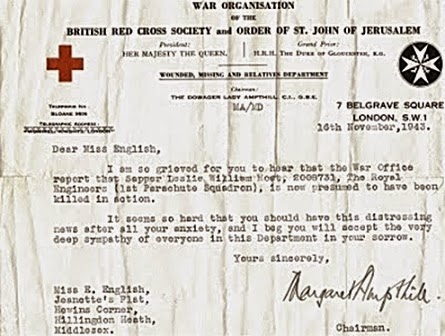 The sketch below is from an Uncle's autograph book. It is dated 1932 with the caption 'Lest We Forget' and was remembering World War I. 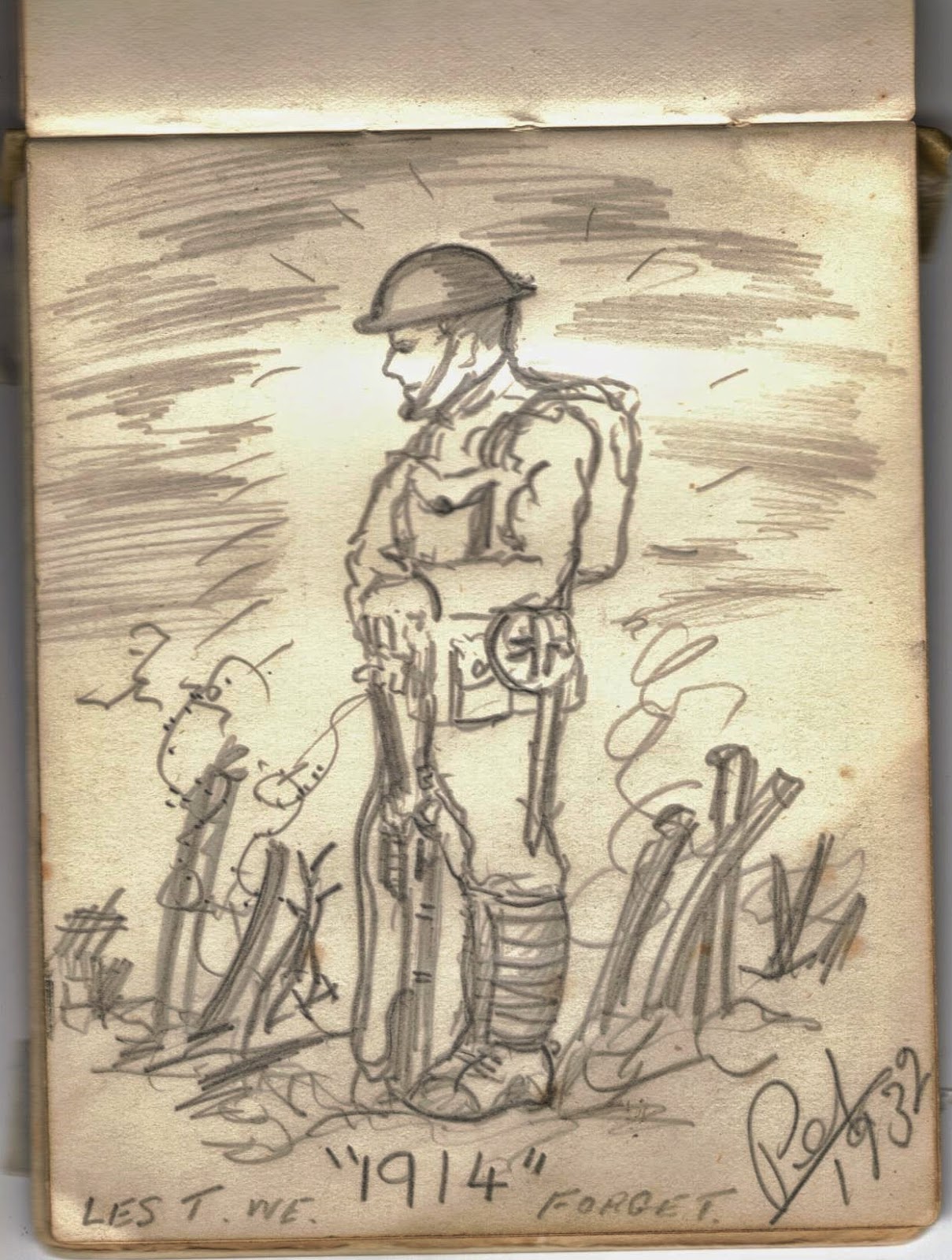 Next is a letter to a relative saying he had deferment from Military Service, during World War 2 as he was doing important, necessary work in England. 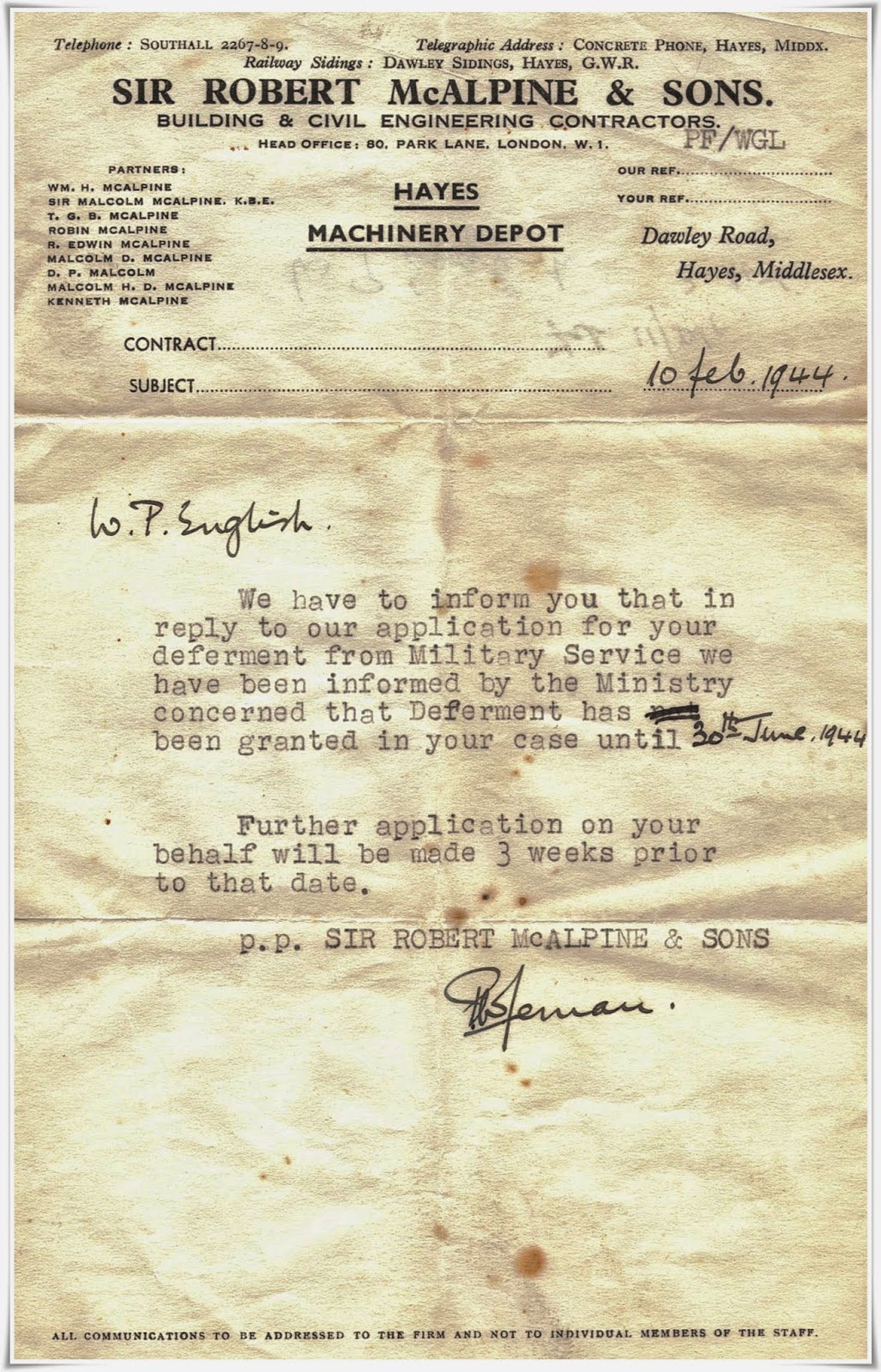 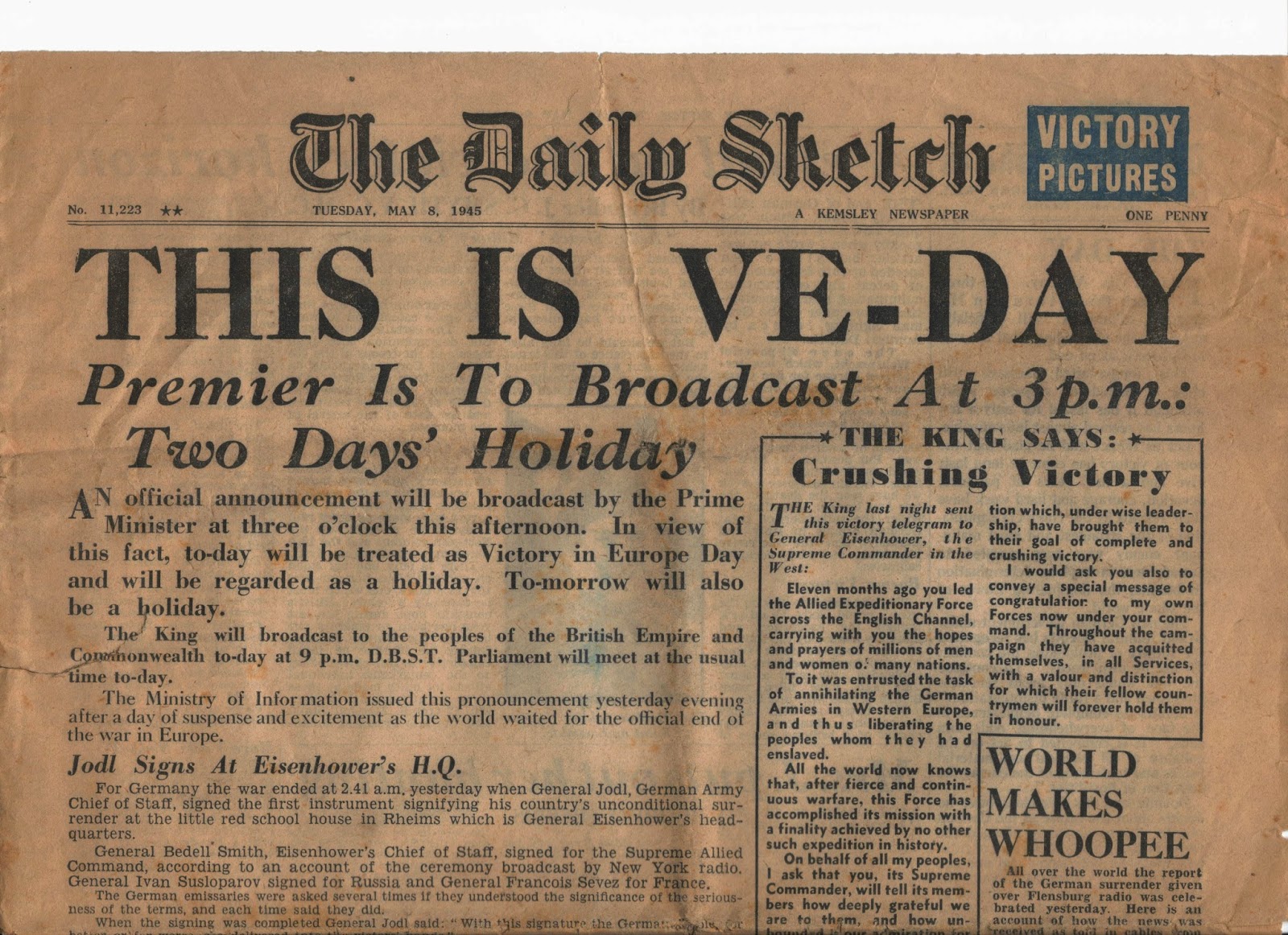 The photo is of VE-Day celebrations. There's a note which says: "Cheering crowds were so thick in and around Piccadilly Circus, London last night that the traffic came to a standstill." 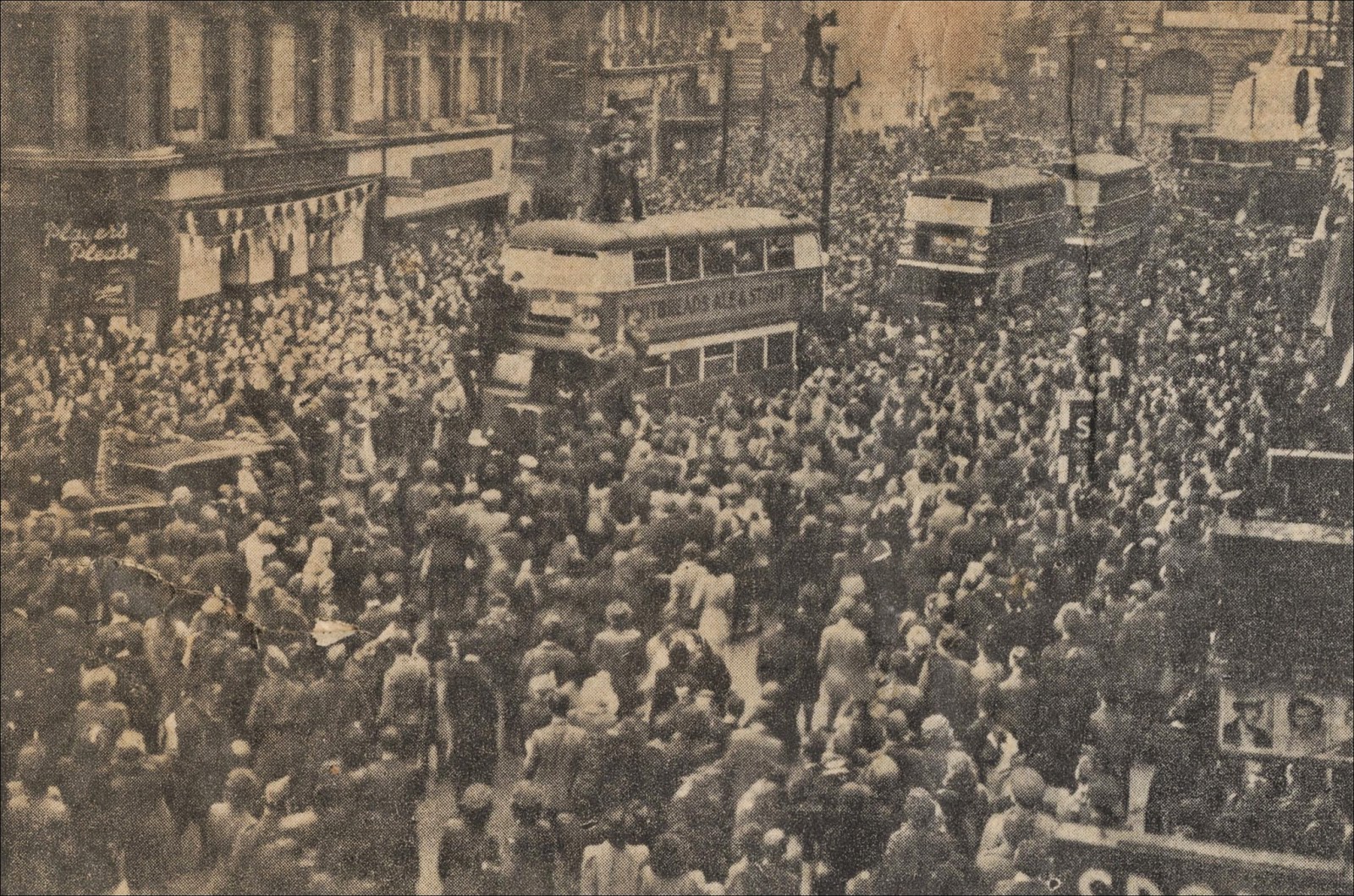 For my mother to have retained these bits and pieces they must have been meaningful to her.

I am far removed from being a military person but I feel emotional about the things others have gone through, and for all those lives cut short.