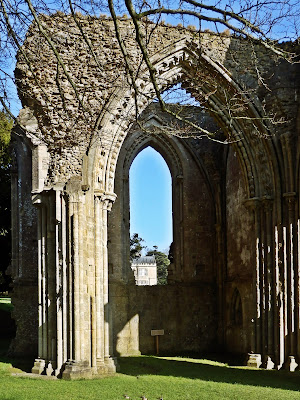 The photo above shows some of  the ruins of Glastonbury Abbey. It is said that the famed King Arthur was buried here. To quote a sign nearby:


THE SITE OF KING ARTHUR'S TOMB
In the year 1191 the bodies of
King Arthur and his Queen were
said to have been found on the
south side of the Lady Chapel.
On 19th April 1278 their remains were
removed in the presence of
King Edward I and Queen Eleanor
to a black marble tomb on this site.
This tomb survived until the
Dissolution of the Abbey in 1539.

Glastonbury Abbey was founded in the 7th century and enlarged in the 10th. It was destroyed by a major fire in 1184 but subsequently rebuilt, and by the 14th century had become one of the richest and most powerful monasteries in England. 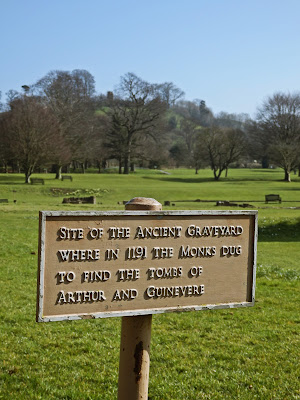 The abbey was suppressed during the Dissolution of the Monasteries under King Henry VIII of England. The last abbot, Richard Whiting (Whyting), was hanged, drawn and quartered as a traitor on Glastonbury Tor in 1539. 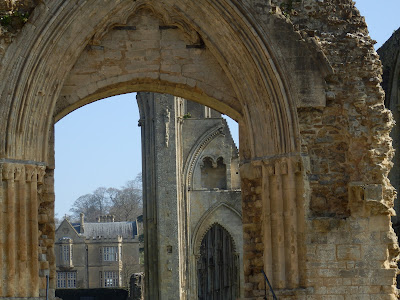 Other Similar Posts:
Pilgrimage To Glastonbury Tor
The Legend Of The Glastonbury Thorn And Joseph Of Arimathea
Batteries Re-Charged At Glastonbury