What Makes A Person Evil? 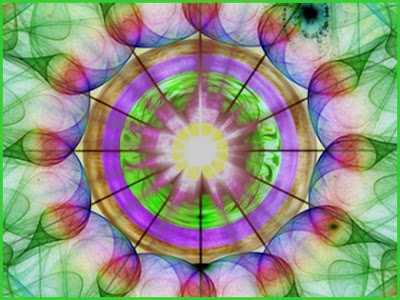 So, what makes a person evil? Nurture? Nature? Or maybe something else. Here's a theory from a Doctor Lascelles, written back in 1925. Perhaps you may well say that this notion is 'away with the fairies' - and maybe even more so, when I tell you that the theory came after his death via a medium. But here goes anyway:


I should think there are very few of you who have not been momentarily influenced by a kind of incipient evil. Blessedly the results of these incursions are usually brief. The love of one's own associates and family often over-ride the evil influence, but there come moments in the lives of some people when they succumb to the downward thrust of obsessional thoughts. Their whole thinking process can be taken over and used by external forces, hence the fact of violent crime or bitterly unloving attitudes.

Police reports show that men imprisoned for mischievous and evil pranks return to society no better. They continue inflicting themselves upon their environments and even terrorising their neighbours.

Most people are peace loving, even though they often fail to achieve the peace they seek, but others cannot be changed by penal sentences. Some day governments will see the futility of jailing offenders who are actually obsessed, or rather possessed, by what I call the diaka.

These people need rescuing, not jailing. I think that a great many of so-called supernatural phenomena of today such as hauntings of premises and actual possession of individuals, the propagation of the drug traffic, immorality in general, civil disturbance and war are caused by the diaka - you might call them devils, but it is better to call them deeply disturbed etheric beings who cannot adapt themselves to their condition and seek only to wreak damage and revenge upon living people. They do this, of course, by affecting the minds of individuals and causing them to act in criminal, immoral and irresponsible ways.

In such cases it is not the one who appears to commit the offence who is really guilty, it is the one who influences the offender. If only this were better understood the burdens of modern society would be lightened. Your high security jails are infiltrated with evil forces. The occupants of these jails need spiritual healing every bit as much as their victims need physical healing.

Evil does seem to abound within our world and, though you may not accept the Doctor's ideas, there are influences out there on, say, the Internet, for example, that can corrupt those who extensively read and view such material.

Other Random Posts:
23 Funny Children's Letters To God
Suspended In Space Like Salvador Dali And His Cats
The Red Balloon Coincidence