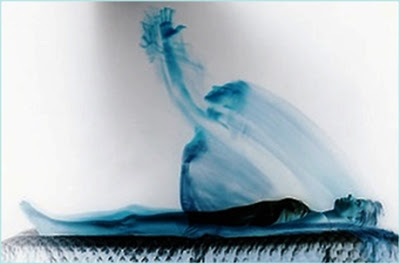 In the 1970s a guy called Terry Thomas did several experiments regarding, what he claimed, was astral travel. Terry operated from a 'clinic' in Wales and practised hypnotherapy.

His view was that hypnotherapy differed from hypnosis. Under hypnosis, he argued, the subject is under the complete control of the hypnotist and does only what he commands. Whereas, under hypnotherapy, the subject's subconscious (unconscious) is controlled more by their conscious mind.

Whatever the case isn't really too important. What I want to write about is the fact that Terry Thomas recorded lots of people while under hypnotherapy. The following is one such case.

The subject was a man called John who didn't believe in God, astral travel or any other such 'nonsense'.

John, however, agreed to let Terry use hypnotherapy on him as an experiment. After a ten minute session Terry asked him what he had experienced.

He replied, "Nothing really, only stupid imagination. I heard you telling me to take my Astral body out of my physical body and go and visit my brother. I felt myself leaving my body, then I saw my brother, who was with my mother and my other brother. It was only imagination."

Terry got John to phone his brother, who lived 40 miles away, and to ask him what he had been doing for the last ten or fifteen minutes. John was staggered to find out it was exactly as he had seen and heard while under hypnotherapy.

Because of this John agreed to another session but this time, to make sure Terry wasn't cheating, he chose a friend who wasn't known to the hypnotherapist.

Again, to John's bewilderment, what he saw and heard under hypnotherapy checked out. He had seen his friend in a building which he himself had never visited, yet he described it all perfectly.

There were several more sessions and then Terry 'sent' John to see his dead father, who had died many years earlier.

The whole 'visit' lasted under two minutes. Afterwards he was asked what he had seen.

John, who was accompanied by his mother at the session, replied with tears in his eyes, "Mam, you have no need to worry, Dad is very happy and has no marks on his face, he looks beautiful, no marks whatsoever, not even lines or wrinkles, he looks much younger than when he died."

It seems that John's father had marks on his face through coal mine injuries. 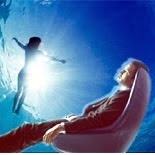 John continued, "I went and knelt before him, my father put his hand on my shoulder and then seemed to go into me and I became part of him. I am surprised beyond words that I was only there for minutes, as I felt that I was there for what I can only describe as a thousand years, a long, long time. I saw many wonders, things I could never imagine, I was told so much, but I knew I would remember nothing of these wonders on my return. The only thing I remember is my father fetching me and putting me back in my body."

I don't want to make this post too long but in further hypnotherapy sessions John recorded previous lives and even the moment of death in one of them. He is on tape as saying, "I'm laying here bad, aren't I? My heart has stopped beating, I feel myself going cold, my heart is going hard. I am dead! ... I am looking down hearing and watching my family grieve over me, but I feel no grief, I am happy."

John is also said to have made 'visits' to Mars and the Moon via hypnotherapy.

As I often say, it's up to the individual as to what he or she makes of this post. Rubbish or an element of truth?

Imagine though, if we could fully believe that we aren't bound by distance or time and that life is eternal. Would we, perhaps, alter our way of life?