A short coincidence story today sent to me by George from Bristol, UK. 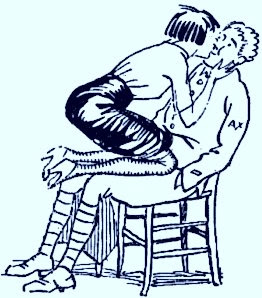 What are the chances of this happening?

Back in 1997 I split with a girlfriend on August 14th. Three years later I parted from my next partner, the lovely Anne, on the same day and month - but this time in 2000. The date, therefore, is fixed in my memory.

The last time I therefore spoke to Anne was August 14th 2000 (which happens to be the first evening that The Weakest Link was broadcast on British television).

A few weeks after we had seperated I came across the first letter Anne had ever written to me - by another coincidence it too was dated August 14th, 1998.