The Mystery Of Statues And Paintings Which Move 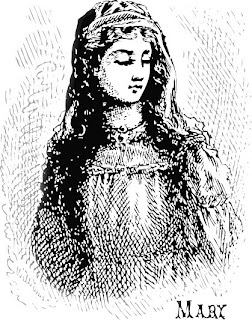 I was reading recently about how children in Asdee, Ireland claimed to have seen the statue of the Virgin Mary open its eyes and move its hands. An eighty year old farmer also stated that he saw the Madonna blink three times.

Following this, a few weeks later, children at Ballydesmond, County Cork, claimed that they saw a statue move in the local church. This went on to cause a chain reaction of such incidents.

I didn't think too much about this and put it down to imagination or tricks of the light. Optical illusions are quite easy to perfect. I've now found out, however, that statues and paintings have been accredited with movement throughout the ages. Such stories go back to the days of Plato and Aristotle in Greece and also the Ancient Egyptians.

So could there possibly be any truth in these sort of happenings?

By chance / coincidence I read about how the English playwright and novelist Somerset Maugham had reported his experience of seeing a moving head on a statue of Christ - in a newspaper article back in the late 50's.

Maugham said at the time that if he were under oath in a court of law and was asked whether this happened he would have to answer, "Yes." It impacted on him sufficiently for him to record the date of when he saw this: April 20, 1958.

I then read in Rosalind Heywood's The Infinite Hive

of how she saw a figure in a picture move and talk.

Heywood was trying to get two people to connect: a doctor and 'a saintly old man' but somehow they weren't getting on as well as she had hoped. She was with them in the old man's house when he took the doctor upstairs to see his library. She stayed by the fire by herself pondering how these two people seemed to be from completely different worlds.

She then writes, "On the wall in front of me there hung a picture of some wise man of the past and suddenly he leant out of the frame and said, 'If those two were to meet in the sense you want them to on your level, they would lose their individuality. But they will be able to do so and yet retain it when they reach ours.'"

Heywood says she wasn't tired and can see no psychological reason for the 'illusion'. The picture purely answered a question she was intently thinking about.

I guess most of us are sceptical about such stories but could such illusions - if that is what they are - be actually caused by our own minds projecting onto religious icons? Sometimes we see what we want to see.

Most of the statues and paintings which move (or cry, talk or bleed) have a religious context. Is it us simply looking for answers? This in turn makes us see what we need/want to see to help us along the way.