A Meeting By Coincidence

Today's story is, with thanks, from Audrey T. A broken relationship leads to a strange coincidence. 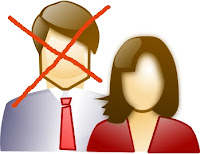 My long term partner and I parted, it seems he wanted other things from life - including other women!

The 'coincidence' quite shocked us. What are the odds that Julie, who I see only perhaps once or twice a year, would be seated next to the woman who was - to put it politely - romantically involved with my ex.

Sometimes I think that coincidences happen for a reason but I'm not exactly sure of the reason for this particular chance meeting.

*Name has been changed