A Mystical Approach To Problem Solving 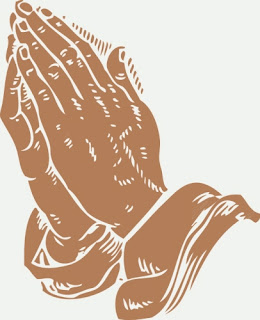 A bit off track subject wise today but this was something I came across a few days ago from a cutting I kept from my Rosicrucian days. It's about a mystical approach to problem solving. Regret I can't credit it to anyone in particular.

It's a method that works. I've used variations of it for years for both small and big problems. The cutting reads that:

"Problems, difficulties, hatreds, resentments and fears are melted away as soon as it is used. Confidence, serenity and wonderful inner soul peace are among it's results."

No doubt you are expecting this 'mystical approach' to be something deep and maybe a little difficult to follow. But it's nothing like that, it's simplicity itself.

Okay, what is this method? I'll quote again from my cutting:

"No matter what your problem may be, the instant that you perceive its presence sit down quietly and thank God that it has already been solved. Do this just as sincerely and gratefully as you possibly can. Do it even if you are shocked or frightened or bewildered and discouraged by the onset of the problem."

There, I said it was simplistic. I've found that the more I have used this the better it works. In other words confidence and success builds as belief in something strengthens.

As I've written in previous posts I do not belong to any organised religion so I direct thanks to the Universe - but any name for God can be used, whatever feels right.

The basis of this problem solving formula is that it is founded on trust and belief. If there is a God / Universal Consciousness, or whatever, then He/It is omnipotent, omnipresent and omniscient. A 'God' cannot be limited by time or space so all things are possible.

I feel that we often tend to complicate life when in reality it's quite simple. I won't add anything else other than to say that the mystical approach to problem solving does work.