"My husband likes spinach served at all meals," said a Chicago woman.

"So does mine. Isn't that a funny coincidence?" replied her friend.

It was neither funny nor a coincidence, as these two women soon found — for they were both married to the same man, one Peter Trapani, bigamist.
SourceA few short stories about coincidences with thanks, from the archives of Time Magazine.

One day in February 1966, in his Cambridge, England, apartment, the Rt. Rev. James A. Pike found his clocks stopped at 8:19 — the hour corresponding to the time when his son, James Jr., had shot himself to death in New York City two weeks earlier.

The strange coincidence, according to Pike, was accompanied by other unexplained phenomena: his books were mysteriously moved from place to place; clusters of safety pins appeared "where they had not been before, all open to the position that the hands of a clock are in at 8:19."

The Rev. Pike concluded,
"I feel that it is James who communicates with me."
Source

As Nirvana's lead singer, Kurt Cobain, recovered last week from a drug-induced coma, fans took grim note of a song the band contributed to the Beavis and Butt-head Experience album. The title: I Hate Myself and Want to Die. For an even more bizarre coincidence (or prophecy?), they might check out the title of the forthcoming album by Cobain's wife Courtney Love: Live Through This.
Source 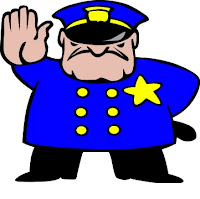 The coincidence is that there were two similar stories in the same week.

The first:
A rookie State patrolman, feeling his authority, stopped a tourist car which was several inches out of the right highway lane.

"Where are you from?" he demanded.

The new officer smiled triumphantly. "Well, buddy, suppose you explain why you've got Ohio tags on your car."

And the second story:
A traffic policeman in the town of North Woodstock, New Hampshire, stopped a car for speeding. The driver was a woman. "Where you from?" the cop demanded. "Philadelphia," replied the lady. The cop put on a wise look and nodded his head. "Oh, so you're from Philadelphia, eh?" he said, sarcastically. "Well, if you're from Philadelphia, whatcha doin' with them Pennsylvania licence plates?"
Source