Was Jesus A Vegan 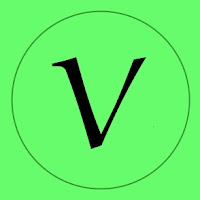 I'm a long time vegetarian though I don't try to convert others - my wife still eats a little meat - I feel that we accept different ways of life when we are ready to do so.

Back in the 1990s I self published several magazines and during that time I obtained copyright to several booklets, articles and so on. One booklet was called 'Jesus and the Animals' by Holly Lancer.

The theme of this is that Jesus was a vegan. Holly writes, "From the day of his birth to the day of his Ascension he never ate any flesh food whatsoever, neither meat, nor fish, nor poultry. Furthermore, he expressly forbade any of his Apostles, disciples or believers ever to eat flesh food."

I'm not saying this is correct and say again that I do not belong to any organised religion.

So how does Holly arrive at Jesus being a vegan theory? She says that her findings are based on scriptural texts from the Gospel of the Holy Twelve, often known as part of the Preserved Gospels or Gospel Q.

Though controversial, and much debated, the Gospel of the Holy Twelve were supposedly written by the writers of the four New Testament Gospels of Matthew, Mark, Luke and John and should be part of the Holy Bible.

So why weren't they included? I'll let Holly explain:

"Christianity became a legitimate religion in AD 312 when the Roman Emperor Constantine, having experienced his Fiery Cross vision, decreed that tolerance be shown to Christians; who up to that point had been a somewhat small scale underground religious sect.

This new found freedom afforded Christians the opportunity of laying down a network of churches throughout the Roman Empire. Now, as often as not happens with any kind of fledgling organisation, difference of opinions oft arise and early Christians were no exception.

To remedy the problem all Christian bishops travelled in AD 325 to Nicaea (now known as Iznik in Turkey) to formulate a 'Master Book' comprising all the fundamental points of Christian teachings and dogma.

Now the early bishops had one aim in mind, to make Christianity the number one and sole religion in the known world. To achieve this they had to present a doctrine which had universal appeal to the masses.

Jesus taught gentleness, abstinence, veganism, the oneness of all life and that all people of either sex, colour or race are equal in spirit and in the eyes of God and that the only distinction between people is the degree of love that they have within their heart and soul.

Society at that time was a degenerate, hedonistic, macho, chauvinistic, prejudiced, hunt-loving, carnivorous one. The bishops therefore felt that the teachings of Jesus in their true, original form would meet with deaf ears. So the scriptures were tailored to suit the people of the day. Thus the Bible was formed."

As a side note the above is why I personally can't accept all within the Bible - but back to Jesus being a vegan. Here are just a couple of the many parts of the scriptures, allegedly omitted from the Bible and refer to Jesus being vegan.


And as Jesus was going with some of his disciples he met with a certain man who trained dogs to hunt other creatures. And he said to the man, "Why doest thou thus?" and the man said, "By this I live and what profit is there to any in these creatures? These creatures are weak, but the dogs they are strong."

And Jesus said, "Thou lackest wisdom and love. Lo, every creature which God hath made hath its end and purpose, and who can say what good there is in it or for what profit to thyself or mankind? And, for thy living, behold the fields yielding their increase, and the fruit bearing trees and the herbs; what needest though more than these which honest work of thy hands will not give you? Woe to the strong who misues their strength. Woe to the crafty who hurt creatures of God. Woe to the hunters for thy shall be hunted."

And the man marvelled, and left off training the dogs to hunt, and taught them to save life rather than destroy. And he learned of the doctrines of Jesus and became his disciple.


And again he was asked, "If there come to us any that eat flesh and drink strong drink shall we receive them?" And Jesus said unto him, "Let such abide in the outer court till they cleanse themselves from these grosser evils; for till they perceive, and repent of these, they are not fit to receive the higher mysteries."


And Jesus said, "For of the fruits of the trees and the seeds of the herbs alone do I partake, and these are changed by the Spirit into my flesh and my blood. Of these alone and their like shall ye eat who believe in me, and are my disciples, for these, in the Spirit, come life and health and healing unto man."

I won't give any more of the quotes that Holly Lancer claims are from the Gospel of the Holy Twelve as this post is getting quite long now - but you'll get the picture.

To sum up I'll say that personally I believe that Jesus could well have been a vegan. As to whether these 'missing' scriptures prove this is up to the reader. You will find on the Internet those who rubbish these scriptures as being made up and those who are believers. One thing I do accept is that the Bible was made for the people of that time.