This coincidence story from Kristine follows on from yesterday's post. 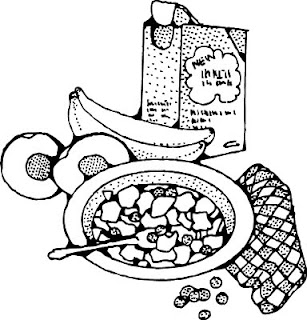 "Eventually I left my job also. I did so because I bought a small cafe at the beach.

Mary and I made plans to have breakfast one morning so I could show her my new place. She called me a few days before we were to meet and asked if she could get a rain-check. She had recently been promoted and her new boss had invited her to breakfast the same day. She felt that it was important for her on a professional level that she accept the invitation.

I agreed with her, and told her we would make it another day. On the day of our cancelled meeting, I looked up from the counter at the cafe, and was surprised to see Mary standing in front of me with a huge smile on her face. As I walked around to greet her and ask her what was up, I noticed she wasn't alone.

After I gave her a big hug, she introduced me to her new boss, who looked familiar. Mary went on to explain that her boss had wanted to take her to visit a very special little restaurant that she went to every weekend without fail. The food was great, the ambiance was perfect, and so on.

Right when I was starting to wonder why they instead came to my cafe, it dawned on me why her boss looked so familiar. She sat at the same table every weekend with her boyfriend and their dog, on the patio of my cafe.

Coincidence? Synchronicity? It gets better!

As it turned out, Mary and the boss were not the only ones in their party that day. The boss' boyfriend (and the dog) would be arriving as soon as he was done surfing.

A few minutes later, I see Mary waving at me, so I head over to her table. She tells me that the boyfriend ran into an old buddy while surfing, and they need another chair because he is going to have breakfast too.

No problem! Chair provided. I got a little busy, but I kept my eye on them and saw that all had arrived, and were seated. My staff was taking good care of them.

I finally got free, and headed over to Mary's table to see that they had enjoyed themselves.

When I arrived at the table, my jaw basically fell from my mouth onto it. The boss was happily introducing me to her boyfriend and going on about the coincidence of Mary's friend owning her favorite breakfast spot.

It took a minute for Mary, the boss, and the boyfriend to notice that the surfing buddy and I were both shell shocked.

Why, you ask? It is almost too absurd to be believable. The surfing buddy lived four houses away from me, and we had been neighbors for almost 10 years.

We knew each other well enough that over the years we had occasionally gone out for coffee, and walked our dogs together.

All I know is that it all happened. I am not sure that the coincidences were 'meant to be' since they didn't all result in a big change for those involved. I am sure that they took all of us off-guard, and have given us a fantastic story to retell."

Thank you Kristine for sending me your coincidences - Mike.