Slow Down Your Heartbeats To Live Longer 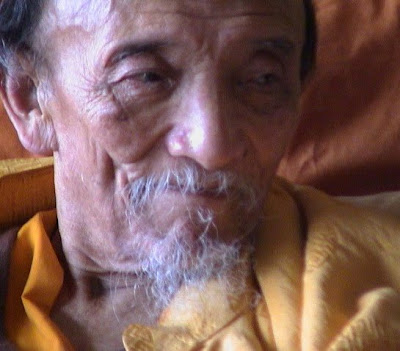 When I was young, about 10 or 11, I had this idea that we only have so many breaths in a lifetime. As to how or why I arrived at this I'm not sure, but I always tried to breath slowly and at times hold my breath.

I then thought that if my idea was right maybe it also was true about other things as well, for instance, perhaps there are only so many words we can speak and so on.

I got over this theory and forgot all about it until, that is, I started reading Lobsang Rampa's books when in my early twenties. This is a guy who reckons he was once a Tibetan Lama. His first book The Third Eye

was particularly convincing but many thought him to be a fraud later.

Anyway, in one of his books, The Rampa Story, he wrote the following, which was told to him by the Lama Mingyar Dondup: "A human lives for 2,700,000,000 heartbeats, and so does the lowliest insect."

This got me breathing slowly again! Especially as my calculator showed that at an average 70 beats per minute a lifespan would be 73.38 years. I wanted (and still want) to live much longer than this.

My resting pulse is now about 54 so, with the Lama's theory, this would let me see out 95 years. But, of course, at times my pulse rate does rise higher, even much higher.

So how long is a planet's heartbeat? To quote again, "A planet - they vary, of course - but one planet may have one heart beat in 27,000 years, and after that there will be convulsions upon that world as it shakes itself ready for the next heartbeat."

So I guess my early age theory about having so many breaths may be viable, at least if I mention it in a Tibetan monastery! It can, of course, be shot down in flames.

Life span has always fascinated me. I wrote a small Squidoo lens about this: Longevity And Why Some People Live Long Lives. Thomas Parr supposedly lived 152 years, Henry Jenkins 169, Louisa Truxo 175 years and so on.

One I do know to be true was my grandmother, Lucy English, who lived to 104 despite breaking her hip after falling from a chair, she was standing on, while putting up new curtains. She received a congratulations telegram from Queen Elizabeth II (because of her age not for her curtains!).