Coincidence At Christmas from WW2 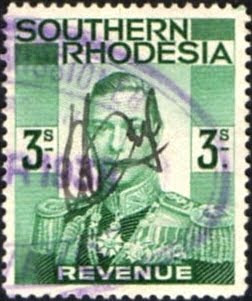 The following is a coincidence story from World War II and is taken from the BBC website. It may not appear very spectacular, because of the laid back style of writing, but to the person concerned it seemed quite remarkable at the time.

"I wanted to fly so I volunteered for the RAF as call up approached - so I had the initials VR on my uniform. I was asked where I wanted to do my flying training and chose Rhodesia. At Christmas 1942 the cadet pilots like myself were asked if we would like to go to a local family who had offered us hospitality over the Christmas holiday.

I put my name down and on the appointed day was dropped with the other cadets at a hotel to await our hosts. I went with family who owned a gold mine. They said they wouldn’t be giving us any gold but we could have everything else. It was a lovely time even though we were far from home.

When I left I was told I was welcome to come and visit them whenever I had some leave. I made several return visits. On one of these we were looking at their photo album and I pointed to on photo and said that is Mr and Mrs Codling and their two daughters. My hostess replied that they were her aunt and uncle.

When I eventually returned to England, after flying in the desert and more training in South Africa, I met the Codlings at church and told them I had met their niece."