The Law Of Re-Embodiment Or Reincarnation 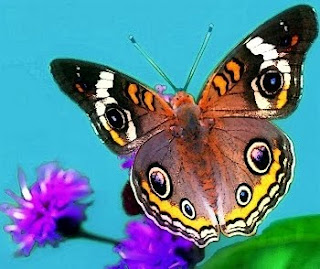 Carrying on from yesterday's post - Memories Of Past Lives Is Cryptomnesia - this is a section from the Richard Ingalese book The History and Power of Mind. Written in 1905 it is therefore in the Public Domain. The following is from Lecture Five: The Law of Re-Embodiment and gives a case for reincarnation (re-embodiment).

Re-embodiment manifests in all planes, upon all worlds and planets. That we may comprehend it better let us look at the action of this law in the several kingdoms on this world of ours.

Starting with the mineral kingdom we find there the lowest expression of embodied consciousness on this planet, and as typical of that kingdom we will consider the action of this law on coal.

Take some of the coal and burn it. What is the result? The hard black mass becomes changed into ash and gas. The ash returns to the earth whence it came and again forms earth; and the gas which was liberated by the burning comes into contact with the atmosphere under its new condition and becomes separated into its four component parts we cal oxygen, hydrogen, nitrogen and carbon.

The oxygen and hydrogen unite and descend again to earth as water. The nitrogen and carbon unite and form the tissues of a plant, and again you find the original elements united, with consciousness embodied in the new form, which is now a plant.

Passing on to the vegetable kingdom here we see the same law manifesting, but in a more pronounced manner; for as consciousness becomes more individualised more of God's plans must be manifested through it.

As winter approaches, the life force, which is the animating principle of vegetation, passes down to the roots. The leaves fall to the ground and the consciousness which manifested throughout the plant withdraws itself from the external to the internal, and lies dormant and resting, waiting for the impulse which comes with Spring to awaken and arouse it again into action - to bring it into the external - that man's heart may be gladdened by the beauty of its expression.

As the life force rises slowly from root to branch in the bush or tree, we see the law at work bringing forth new forms of life in the shape of leaf and bud and we know that re-embodiment is taking place among the shrubs and grasses and trees.

In the bulb family this same law works. The life force sinks into the tiny bulb at the beginning of Autumn, and there it lies in silence and in darkness, within that tiny sphere, till the soft breath of Spring warms and raises its vibrations and arouses within its centre a desire again to express itself, to appear once more in a newer more beautiful form than that of the bulb.

And so it begins to re-clothe itself; it draws from earth and air such chemicals as it needs to give material expression to its beautiful soul or self and 'behold the lilies of the field; they toil not neither do they spin, yet Solomon in all his glory was not arrayed like one of these,' in its re-embodiment.

Passing on to the animal kingdom we find the tadpole and caterpillar. Both of these little creatures are good examples of the working of this law. They are individual consciousnesses; and before our eyes the tadpole gradually changes its from until it has a distinctly different body from the one it first had. Yet the new frog body that can leap and swim and croak is animated by the same consciousness that animated the wriggling little tadpole.

The caterpillar, having a limited and loathsome form, desires a fuller and a better expression of itself and passes into a stupor or sleep. Then slowly its old atoms give place to new, which build a better form, until at last the same consciousness which crawled and crept upon the earth re-clothes itself, and with wings of a golden hue it soars from earth to air.

And the re-embodiment of the butterfly from the caterpillar is not only an illustration of the working law of re-embodiment, but it is typical of the evolution of the soul or mind of man which rises from the lowest depths of ignorance or so-called sin to manhood and to godhood.

The same is law is operative in the higher forms of animal life and in the life of man; for a law that is a law of nature must persist throughout the Universe.

The fact that we do not see the operation of the law is no proof that the law has ceased to act. Nor is the fact that this law manifests differently in different kingdoms and forms evidence of the limitation or non-existence of the law.

Every law manifests each class or forms alike, but differs in its manifestation in different classes of forms because the consciousness within the form restricts but does not prevent manifestation.

For example, the law of gravity manifests the same in all iron, but manifests differently in different kingdoms and substance.

During the space of every seven years man undergoes a complete change of body. Is he not therefore in the process or re-embodying himself by this constant renewal of his atoms?

According to his rates of vibration or as his thoughts are elevated or debased does he draw new atoms into himself. And after he has dropped one physical body that he has drawn to himself is it surprising that he should have the power to draw to himself another?

Is the fact that men do not remember their their past lives a proof that they did not formerly exist? If so the majority of men did not exist between the first and third years of their present lives nor in a prenatal condition.

... Richard Ingalese then goes on to answer the question: What becomes of man between the times of his embodiments or incarnations? But that's another subject.