The Fortress Of Light: How to prevent a psychic attack 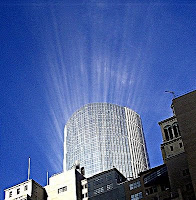 I wasn't sure if to publish the following on 67 Not Out or not as it's a little off subject. It was written by the fancy named John de Akhetaton and was amongst some stuff I accumulated from my magazine publishing days. The subject is about preventing and/or stopping psychic attacks.

Why I finally decided to publsh this was because I had an email asking if I had any information on preventing psychic style attacks and, sure enough, I had this!

The first part today is the introduction to the subject. Part 2 will follow tomorrow with more practical information.

Introduction to The Fortress of Light

Black Magic ... Satanism ... Voodooism ... the very mention of these practices makes the average person's blood run cold. The Forces of Darkness are for real and they have power, there is no doubt about that, but what is it that gives them power?

Quite simply it is our fear and ignorance. Once you have knowledge to protect yourself against psychic attack then the power of the Forces of Darkness becomes impotent against you. The aim of this article will give the necessary wisdom to enable you to negate any malefic force aimed at you.

The two greatest sins are to cause suffering and the practising of sorcery or black magic (bewitchments, curses, enchantments etc). Both of these incur extremely heavy karmic penalties. 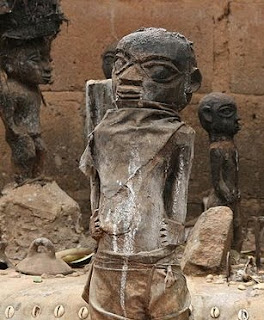 Unfortunately there has been an alarming resurgence in the sinister side of the occult in recent years. This has been mainly due to the activities of certain evil and unscrupulous people who have been making fortunes by promoting and selling glamorised black magic publications and books.

What these people conveniently forget to tell customers is of the great dangers involved in meddling with unseen forces of which they know nothing.

Only unlovable, inadequate people get involved in the practice of sorcery and black magic. The deprived minds of these people are a magnet for evil entities who find such base consciousness open house. Before long the dabbler is liable to find that he has a very unpleasant 'cuckoo' on his hands.

The promoters of evil also forget to tell their customers that the end result of trying to pervert the powers of the Spirit and Nature to override another person's free-will, or to cause injury, or harm, is guaranteed disaster and destruction. This is no joke. It is an unbreakable cosmic law - the Law of Reaction.

Any negative, dominating, destructive and evil psychic energy will assuredly rebound, with magnified strength on the fool who sent it forth.

The principal reason for the destruction of Atlantis was due to Atlantean priests practising mind control black magic. If a whole continent can be destroyed by the Law of Reaction what chance has one individual got? None.

If you use the powers of the Spirit and Nature at all then use them only as they were intended, for healing and the benefit of humanity, otherwise leave well alone.

Those who are seduced by evil devolve their souls by hundreds, thousands, even tens of thousands of years; and they commit themselves to misery and regret in this life, and to a very rough ride in the after-life, and to numerous future earthly incarnations (as many as necessary for them to settle their karmic debts).

Keep your hands from evil, for 'they who sow evil will reap calamity', this is an eternal and unbreakable law.

Part 2 will follow tomorrow with 24 practical ways of preventing and/or stopping psychic attack.