The Man Sitting On An Invisible Chair 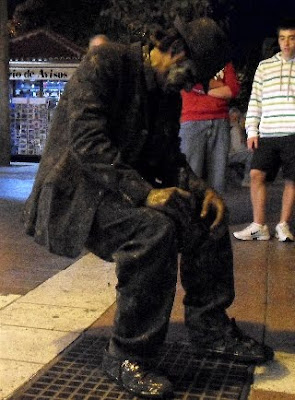 As with last Sunday here's another illusion. I did publish one of the photos briefly in 2010.

The photos are of a man sitting on nothing. I snapped the pictures of this street entertainer when my wife and I were in the Canary Islands last year. Normally he had loads of people around him, as what he does looks to be impossible. This particular time we caught up with him just as he had arrived (on the bike seen in the bottom photo). I dropped a coin in his tray and walked round and round him close up - there were no strings attached!

He appeared as if sitting on a chair, but there was no chair. Occasionally he would move himself slightly, as if to get more comfortable on his invisible seat. 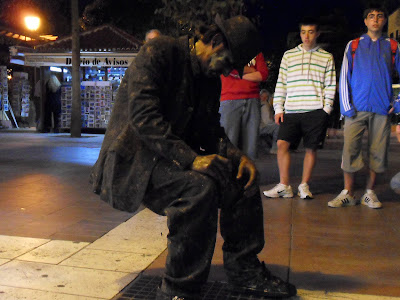 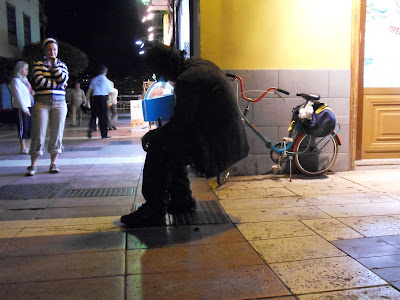 Email ThisBlogThis!Share to TwitterShare to FacebookShare to Pinterest
Labels: Illusions