The Romantics Of Revolution And Freedom 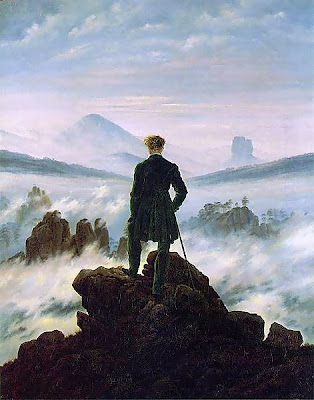 We appear to be witnessing a revolution in Egypt and much of the Arab world. For some reason this got me thinking about the Romantics as it was these who fuelled the likes of the French Revolution.

In the 1700s the Church and Royalty dominated life with opulence and privilege for some but poverty and repression for the larger part of the population. This has echoes of many countries even today, and is the cause of so much unrest.

In the 18th century the French philosopher Denis Diderot suggested that men must reason for themselves and Jean-Jacques Rousseau stated that civilisation had corrupted mankind and that the population should listen to their emotions to free themselves. His writings led to the hope for a world of liberty, equality and fraternity.

In Britain we tend to associate the Romantics with poetry.

William Blake's poetry was based on revolutionary anger. His life's work was on the theme of liberation of the human spirit.

William Wordsworth and Samuel Taylor Coleridge wrote poetry in abundance, so much so that they were both followed by government spies. They unsettled the establishment.

The poets fought back against science and industry and suggested that intuition was a better guide for mankind. They taught new ways of thinking and acting. Lord Byron lived by his own set of rules. Shelley believed in free love and was consumed by the search for experience and understanding.

William Blake and Samuel Taylor Coleridge tried to fathom out man's real relationship with nature and told of the innocence of children. Blake wrote in Infant Joy:

'I have no name:
I am but two days old.'
What shall I call thee?
'I happy am,
Joy is my name.'
Sweet joy befall thee!
Stephanie Forward of the University of Warwick wrote this about the Romantic poets:

"Blake, Coleridge, Wordsworth, Byron, Keats and Shelley were pre-eminent among the Romantic poets. Regarding themselves as intuitive prophets, they rejected the pure rationalism and order of the Enlightenment, maintaining that nature and the healing power of the imagination could enable people to transcend their everyday circumstances. Creative powers could be used to illuminate and transform the world into a coherent vision, to regenerate mankind spiritually."

The Romantics tried to teach us about freedom and gave us a message of hope and how, with free thinking and attitude, we can make the world a better place. We slipped back into our old ways but perhaps now is a time to waken to new possibilities.

A thing of beauty is a joy for ever:
Its loveliness increases; it will never
Pass into nothingness; but still will keep
A bower quiet for us, and a sleep
Full of sweet dreams, and health, and quiet breathing.

From 'A Thing Of Beauty' by John Keats