The Power Of Lilly The Life Saving Cat 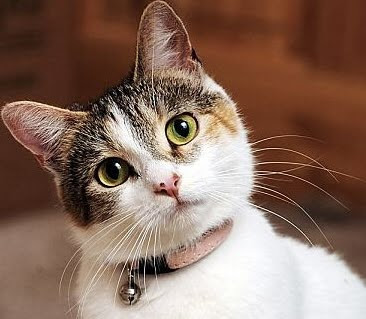 On Wednesday I wrote about how animals can sense the feelings of other creatures, including those of us humans. Here's a story about a cat called Lilly to back this up.

To put it quite simply Lilly has the ability to predict epileptic fits. She's never been trained to do so but has nevertheless saved the life of the family teenager.

Tracey Cooper from Bournemouth explained how Lilly helped to save the life of Nathan, her 19 year old son:

"Normally she's a quiet little thing, but when Nathan has a fit she starts running up and down the stairs miaowing at the top of her voice. She definitely has some sort of sense that means she knows about them before they happen, and it means we can stop Nathan hurting himself by falling on something or knocking furniture over."

There was at least one instance where Lilly saved Nathan's life. Tracey said, "After one fit Nathan stopped breathing, and Lilly was really worried. Then she started licking his mouth, and somehow it kick started his breathing. Now she won't leave his side."

Of course, those expert scientists say there is an explanation. It's all down to the cat's superior sense of smell. They can sniff out a chemical change in a human body which supposedly occurs just prior to a fit. But I think most of us know it's more than this, don't we?

P.S. Lilly is now officially a 'Superstar' as she beat 6000 other cats in Drontal's My Pet Superstar competition.

Further Animal Stories:
The Cat Who Just Wouldn't Go Away
The Goats In Trees Coincidence
The Fly Coincidence Amazed My Aggressive Boss