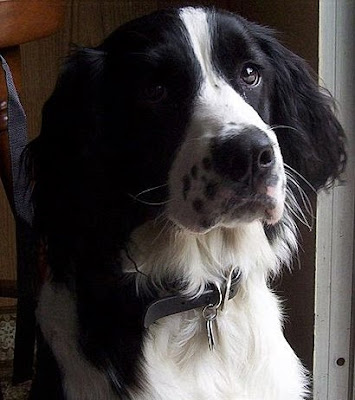 Being an animal lover I know from experience that dogs and cats and are sensitive to the feelings of humans and other animals. But now this is official as some university boffins have confirmed the blatantly obvious. But first, before I go into that, here's a touching doggie story from B. Nicholls:

"Many years ago the neighbouring family always spent the evening watching television with their ancient border collie, Puppy, under the owner's chair.

One night she let out a loud howl; her master had died and she was the first to sense this. She ran out of the house.

After the funeral the widow decided to move away from the area, so she drove off to look at suitable properties, leaving Puppy at home with her teenage children.

That evening Puppy had been in the garden and didn't return, so the children went looking for her. They found her dead under the gooseberry bushes, having scraped a small depression to make a grave to lie in.

She seemed to feel that both of her main family had died and she no longer wanted to live. I found it most touching."

Okay, now back to the university research. This was done with the assistance of some hens. The conclusion being that mother hens are attentive, caring parents and that they 'feel' their chicks pain.

In many ways I don't like this sort of thing because the researchers did experiments. These found that female chickens showed clear signs of anxiety when their young were in distress. It's said, and I find this difficult to believe, that this was the first time scientists have discovered empathy in a bird. They seemed to have been under the impression that the ability to feel someone elses pain is uniquely human.

Sometimes I fear that some scientists are none too bright, as they fail to see the obvious.

Maybe though something good will come from the research. Jo Edgar from Bristol University, who led the study, is quoted as saying, "The extent to which animals are affected by the distress of others is of high relevance to the welfare of farm and laboratory animals. We found the adult female birds possess at least one of the essential underpinning attributes of empathy - the ability to be affected by, and share, the emotional state of another." 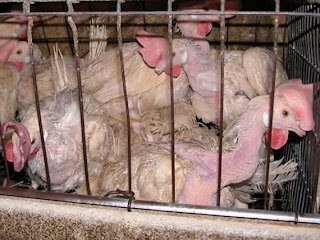 Hopefully this message will get across to those who make money by keeping chickens in huge sheds, where they are unable to move or see the light of day.

The researchers acknowledged that chickens reared commercially regularly encounter other birds showing signs of pain and distress: "owing to routine husbandry practices or because of the high prevalence of conditions such as bone fractures or leg disorders."

And to think people sometimes question me as to why I'm vegetarian!

Anyway, now we know (officially) that birds have feelings too.

P.S. And while I'm riding my hobby horse, I don't think we 'own' dogs or that we are their 'masters'. Must stop getting out of the wrong side of the bed!

Further Reading:
The Psychic Power Of Dogs
Pea Horsley The Woman Who Talks To Animals
How Leaf Cutting Ants Look After Their Old