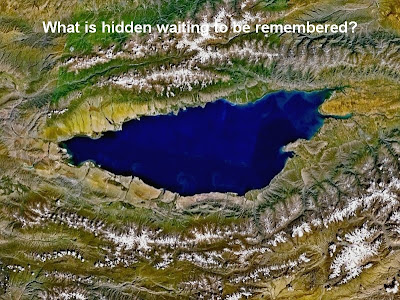 Last Saturday I wrote about how I believe in reincarnation - and I still do! But I thought I'd play Devil's Advocate today and put the case for memories of previous lives not being all they are cracked up to be.

I'm sure we've all read stories of people remembering past lives, while under hypnosis or some other form of regression. There are hundreds and hundreds of examples. Many check out and the circumstances of the previous lives appear perfectly genuine. But what if they are actually only memories from this life.

Memories and detailed information can be stored in our brain without any of it being remembered by our conscious mind.

A few investigations have been carried out, but lets look at some done by the Finnish psychiatrist Reima Kampman.

He regressed people while they were in a deep hypnotic state and told them to, "Go back to an age before your birth, when you are somebody else, somewhere else."

Many people were able to tell their stories of previous lives. One of these was Malina Bostojevski.

Malina remembered her life as a seven year old boy whose father was the captain of a boat on Lake Issyk-Kul, the father's name was Aitmatov.

The seven year old boy was lonely and for some reason felt envious of the fish he could see swimming so freely in the lake. In a fit of desperation he wanted to become a fish himself and dived into the lake - and sadly drowned.

Once out of hypnosis Malina could remember nothing of the boy, the lake and so on.

A further hypnosis session was arranged. This time she was asked to remember where she had first heard of the story about the lonely boy. She replied at once giving the title of a novel, Valkoinen Laiva (The White Ship).

The novel was found and it is about Lake Issyk-Kul and the death by drowning of a young boy. The author's name was Aitmatov.

After this Kampman followed the same procedure. A 19 year old student was regressed to her life as a 13th century innkeeper's daughter called Dorothy in England. While under hypnosis she surprised those present by singing a song she called 'The Summer Song'. The words however were not in her native tongue, but in an old form of English.

Again, when no longer hypnotised, she had no knowledge of the song.

Another hypnosis session was carried out and the student was told to go back to a time when she had seen the words and music of the song.

This time she regressed to when she was 13 years old in her current life and remembered taking a book from the shelves of a library. The book was called 'Musiikin Vaiheet' which was a Finnish version of 'The History of Music' by Benjamin Britten and Imogen Holst. It was found that this included the song 'Sumer is icumen in' and the words just happened to be in medieval English.

There are dozens of other such examples. Reima Kampman concluded therefore:

"... that the experiences of the present personality were reflected in the secondary personalities, both in the form of realistic details and as emotional experiences. The recording of a song from a book simply by turning the leaves of the book at the age of 13 is an outstanding example of how very detailed information can be stored in our brain without any idea whatever of it in the conscious mind and how it can be retrieved in deep hypnosis."

What I guess this infers is that the people carrying out the regressions do not afterwards ask where the stories of the lives 'discovered' originated. Were they in fact from books, forgotten conversations, movies and so on, hidden away in the dusty alcoves of the mind, where every word and experience is faithfully stored?

Sometimes it's good to question our beliefs as this can ultimately strengthen them.