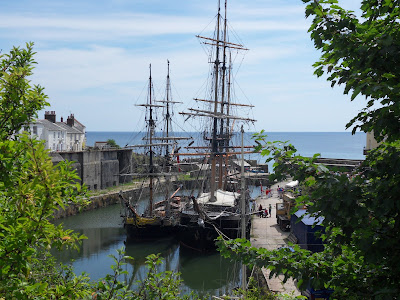 Photos today of Charlestown in Cornwall about four or five miles from where I live. It's a small port or harbour going back to the late 1700s.

The development was planned and designed by the then big land owner Charles Rashleigh after whom it is named. Today it is pretty much as it was, especially when the old tall sailing ships are in dock - as per the photos above and below.

The heyday of the port was in the 19th century when it was thronged with small businesses such as boatbuilding, ropemaking, brickworks, lime burning, net houses, bark houses and pilchard curing. The small dock would have been filled with boats of all sorts. 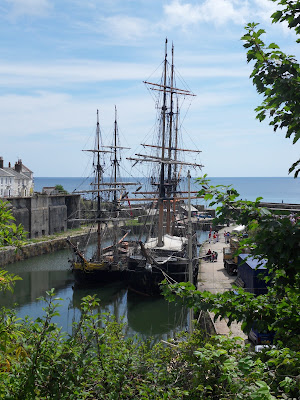 Because of it's 'olde worlde' appearance Charlestown has been used for many a movie or television set including: The Three Musketeers, Tim Burton's Alice In Wonderland, part of the Doctor Who Series 6, Poldark, scenes from The Eagle Has Landed and so on.

The present troops though don't look that too well organised ... 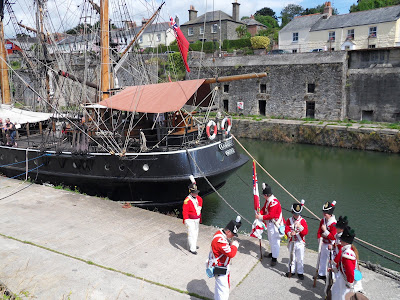 ... but the masts of the sailing ships seem to reach the sky. 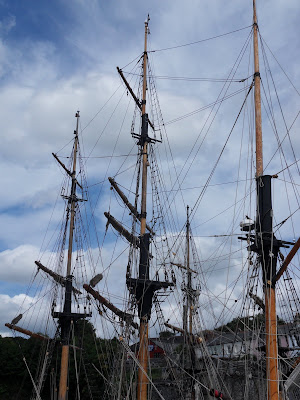 The harbour is used for small fishing boats and for tourism. I remember going into Charlestown early on the first day of the new millennium. It was slightly misty and overcast but looking back at the port from the harbour walls it was like having stepped through a time warp - a magical moment. I took these photos last year. 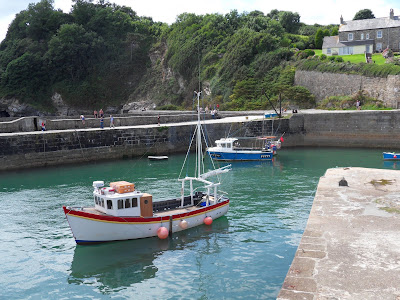