The Kick Start To A Reincarnation Belief System 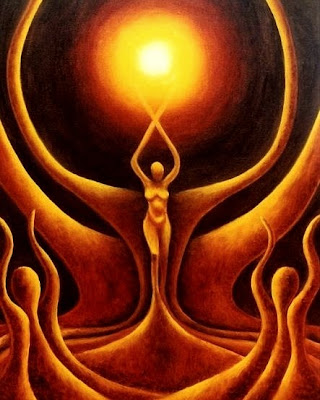 I believe in reincarnation. It seems the only logical explanation - when aligned with karma - to explain the injustices that happen to some people, karma being carried over from life to life. There is always a price to pay or maybe a gift to receive.

However, as I wrote in my post on Wednesday, we are all in a flux of change so I may end up with a different view of life in a few years time - or maybe even tomorrow.

It's strange how our beliefs come about. The American clairvoyant Edgar Cayce, for example, was brought up with standard Christian beliefs and carried these forward into his adult life. One day, back in 1923, a small boy climbed onto his lap, looked in his eyes and said, "We were hungry together at the river."

This stuck in Cayce's mind as he remembered a vivid dream of fleeing from Indians on the Ohio river and being killed. Only his immediate family knew anything of this dream. When discussing this with a friend, Arthur Lammers, it was agreed that when using a trance state - as he did for his clairvoyance - he would investigate the possibilities of any past lives.

Cayce remained skeptical at first but, after discovering he was a High Priest in ancient Egypt, an apothecary in the Trojan War and a British soldier during the colonisation of America, he began to believe in reincarnation.

Cayce claimed that his readings of past lives were obtained from the Akashic records, which houses the complete records of everything said or done since time began.

It's often a 'coincidence' that can kick start a new belief system. What we believe now, no matter how strongly, may be something quite different in the future. I mean, we all believed in Santa Claus and the Tooth Fairy once upon a time.