The Holy Well Of St Sampson At Golant In Cornwall 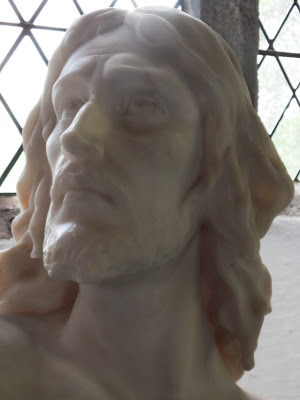 It was a cloudy day yesterday but I had the urge to go for a walk to see the Holy Well of St Sampson, something I hadn't seen before. I'd read about it recently and it had stuck in my mind.

This Holy Well is in Cornwall and not too far from where I live. It's in a small village called Golant and has the added attraction of being on the Saints' Way. This is a route the Saints and early Christians are said to have taken from the north coast of Cornwall at Padstow to Fowey on the south Cornish coast.

My wife and I set off by car and parked in Golant. We then did our walk to see the Holy Well by taking a circular tour of about 4 miles which would take us along a small part of the Saints' Way.

We set off from Golant past the Fisherman's Arms pub, that's the white building in the photo below. 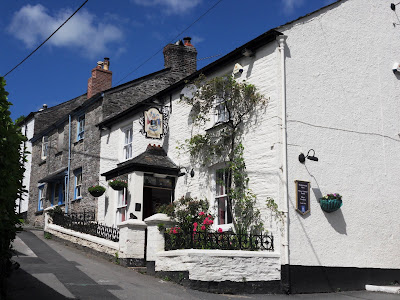 This led us to where we had access to the Saints' Way, which was indicated by the black symbol on a post. The yellow arrow shows that this is also a public footpath. 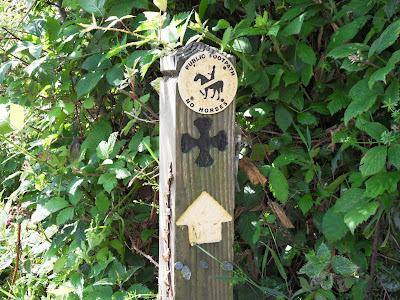 This took us over a stile and into the woods ... 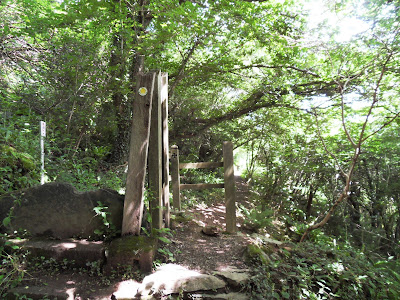 ... with the River Fowey on our left. 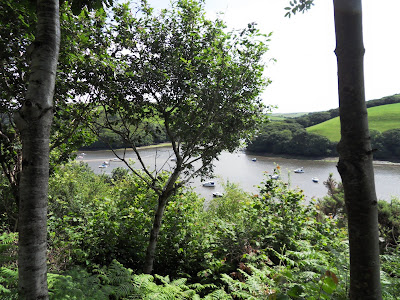 The smell of wild garlic hung heavily in the air, the ground seemed to be covered by the plant. 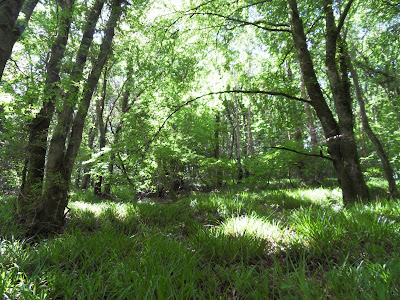 Eventually out of the woods we headed across undulating fields. 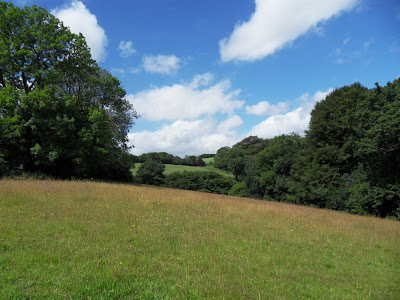 Below you can see the Saints' Way black symbol on the cross bar of the stile we had to climb over - so it's difficult to get too lost. 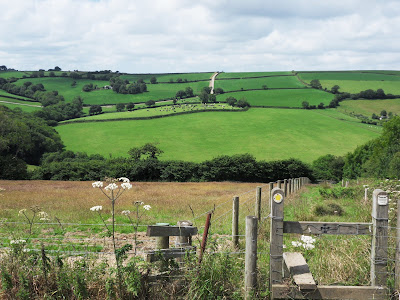 And after about 3 miles we reached St Sampson's Church which is the home of the Holy Well of St Sampson.

There has been place of worship or chapel on this site for some 1500 years and the present church is in the typical style of a Celtic 13th or 14th century church.

There is a stained glass window that features St. Sampson killing a serpent, said to have lived in a cave at Golant overlooking the Fowey River - unfortunately I forgot to take a photo of this!

St. Sampson travelled to Brittany in France to convert the 'heathens' and became the chief of the Seven Saints of Brittany 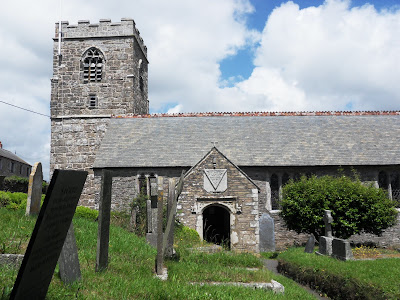 At the left side of the entrance porch is the Holy Well which is a natural spring. The water is still used for baptisms and the like. 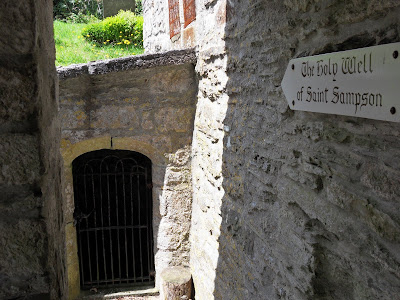 There is now a metal gate in front of the St Sampson's Holy Well but this is easily opened. 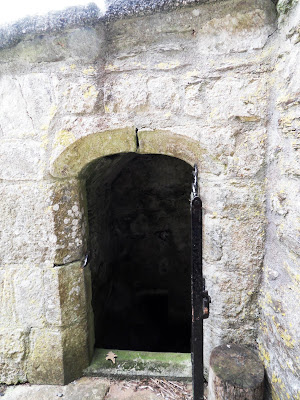 Inside the church itself the roof has some wonderful wooden carved bosses. It's a very welcoming place open to all, and has a good vibe. It's obviously somewhere loved by the local villagers. 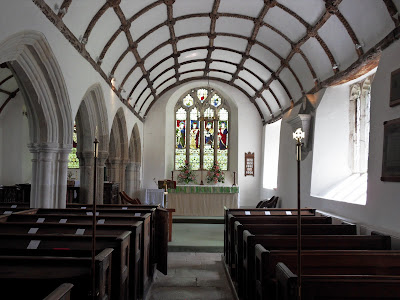 We had our lunch with us and ate this in the churchyard before moving on to the village of Golant and our finally our car. The photo below shows some cottages leading down to the River Fowey. 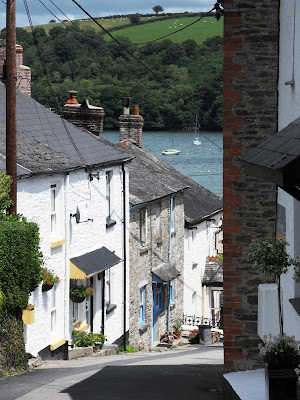 The photo at the top of this post is of a sculpture of Jesus which is inside St Sampson's Church, Golant, Cornwall.