I like some of the old classic coincidence examples. Okay, they may be dog-eared and facts can get distorted but they still get the mind processes working. Could these sort of things really happen? Well, yes! Here are three examples. 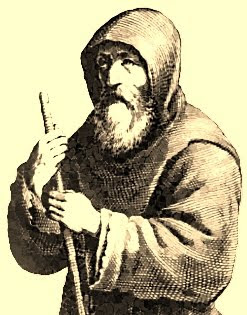 The coincidence of the Capuchin Monk who saved a life three times.
I don't know why, as a young man of 18, Joseph Aigner decided to hang himself. No doubt he thought he had good reason, but he failed. A mysterious Capuchin monk interceded and saved his life. This was in 1836 and in Vienna.

Moving on to Budapest and becoming a portrait painter Aigner still wasn't a happy bunny. In 1840 he tried to hang himself again. And who was there to prevent him from doing so? The very same Capuchin monk.

A further eight years ticked by. This time the government sentenced him to death via the gallows. It appears that Aigner got involved with revolutionary political activities. Amazingly he was reprieved at the instigation of that very same monk.

So that's now three times the monk had saved Joseph Aigner's life. Quite a series of coincidences but there is still more to this story.

Aigner again decided he wanted to leave this world when he reached the age of 68. This time he shot himself with a pistol and this granted him his 'death wish'. His funeral service was conducted by that very same Capuchin monk. Bizarre or what?


The duels of death coincidence.
A quick, hard to believe coincidence is the duelling life of Henri Tragne from Marseille in France. Between 1861 and 1878 he is said to have fought five duels - though I'm not sure 'fought' is the right word. In the first four his opponents all dropped dead before a single shot was fired. The fifth duel had a different outcome. This time it was Tragne who died - of natural causes and before the first shots had been exchanged. The outcome of the duels must have been written in the stars. 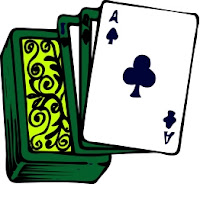 The dead man who won his son $2200 coincidence
Back in 1858 a Robert Fallon from England went to San Francisco and got involved in a game of poker at the Bella Union saloon. He was accused of cheating and was shot dead after winning $600.

The belief amongst the gambling fraternity was that money won by cheating was unlucky. The other players asked a passer by to take the dead man's place at the table and gave him the $600 as stake money. They thought they would have no trouble in winning back their money.

By the time the police arrived the new player had turned the $600 into $2200. The police asked for the dead man's $600 so that it could be given to Fallon's next of kin.

It turned out that the new player, plucked from the street, was actually Robert Fallon's son! He hadn't seen his father for over seven years. After proving his identity the cash was his.