Why Jesus Visited Cornwall In England 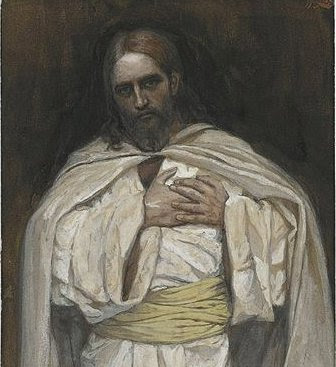 A short while back I wrote a post called The Mystery Of Jesus Visiting Cornwall In England. As the title suggests it raised the question as to whether Jesus ever came to Cornwall as is sometimes suggested.

I had no real proof of Jesus visiting Cornwall but thought that, if true, he may have done so to converse with Druids and the Celts. But even so, why would he visit Cornwall with Joseph of Arimathea?

As happens when we ponder a question, out of the blue, I now have an explanation.

The answer is tin.

Joseph of Arimathea was the younger brother of the Virgin Mary's father (therefore Jesus' Uncle) and it turns out that he was a wealthy man. His money appears to have come from minerals. In a Latin version of the Bible he is described as a 'Decurio'. This means that the Romans considered him to be some sort of high official in charge of mines.

At that time Cornwall produced most of the world's tin which was exported worldwide - sadly all of the mines are now closed. Joseph would have had to travel to Cornwall, in England to secure a supply of the mineral - and Jesus could well have gone with him. It's even possible that Jesus was the ship's carpenter, which was his 'earthly' father's trade.

Strangely early Cornish tin miners were known to chant 'Joseph was in the tin trade' as they worked. He is also mentioned in traditional miners' songs.

The question still arises as to why Jesus travelled with Joseph of Arimathea. It could be, as already suggested, that he worked as a carpenter - there would have been little work in his home village.

Another theory is that Joseph may have become Jesus' guardian under Roman law. This would have come about if Mary had become a widow. There is no mention of her husband after Jesus was a boy, so he may well have died.

Therefore the story of Jesus stepping ashore in Cornwall at St. Just In Roseland - as per my previous post - could well be true.

I'll probably come back to this subject at a later date after a bit more research.

Further Reading:
The Mystery Of Jesus Visiting Cornwall In England.