The Mystery Of Jesus Visiting Cornwall In England 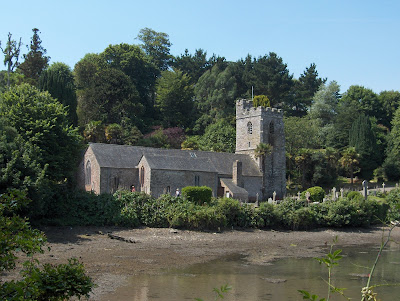 Cornwall in England, where I live, is full of mystery and legends. One of the stories is that Jesus visited the county and walked on the land where the St. Just In Roseland Church is now situated - photo above. 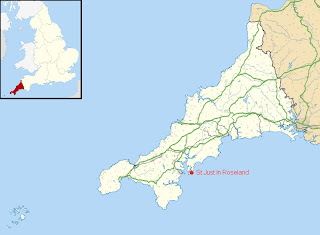 The legend is that his uncle, Joseph of Arimathea, brought Jesus ashore here. The church is a very special place in a wonderful waterside, almost semi-tropical setting and it has a great feeling of peace and tranquility.

There have been many claims that Jesus visited England. This was partly popularised by the poet William Blake and his words for the hymn Jerusalem: "And did those feet in ancient times walk upon England's mountains green ..."

It is quite plausible that Jesus did visit England. The Romans did so quite easily at around the same time, so why not Jesus. A large chunk of his early life is missing from the age of 12.

He may have come to England to exchange ideas and beliefs with the Druids and Celts.

Jesus, as well as visiting Cornwall, may have also stayed at Glastonbury.

St. Augustine is said to have written to the then Pope saying he had discovered a church in Glastonbury built by followers of Jesus at about 37 AD. A 6th Century cleric, St.Gildas, however, went one step further and said it was built by Jesus himself.

Going back to the St. Just In Roseland Church. This was built in the 13th century but has a Celtic heritage stretching back beyond the 6th century. I love the setting, on a sunshine day it's perfection.