Is This 13th Century Cottage Haunted With Orbs 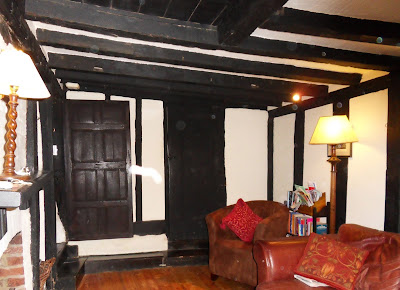 I don't profess to know much about orbs but when I was going through my photos for yesterday's post I noticed the picture above. This is from the time my wife and I had a holiday in an old 13th century cottage in Rye, England. It was quite a spooky place, as was the town itself.

The wooden trap door, you can see part of in the ceiling, (top left of pic) was the only way to get coffins and large items from the bedrooms above. The stairs were much too steep and narrow. And, as can be seen from the photo at the bottom of this post, the cottage was opposite the church and graveyard - very creepy when it got dark in the late evenings.

Anyway, what I spotted I have marked on the photo below.

There is the white streak, which I have put a box round, as well as lots of orbs - a few of which I have indicated. 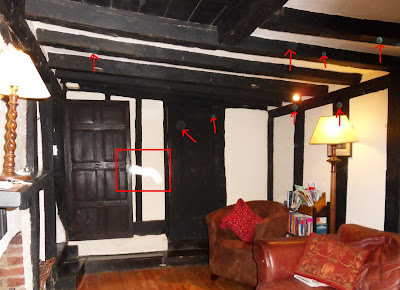 I don't know what these are, all I can promise is that the photo hasn't been doctored (other than the red marks) in any way. It's exactly what my camera captured. 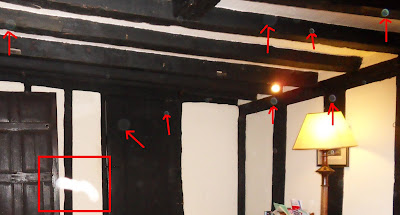 Below are two cropped sections, showing the orbs - or whatever they are - in more close up. If interested you should be able to click on any of the photos to get larger versions and click again to make them bigger still. 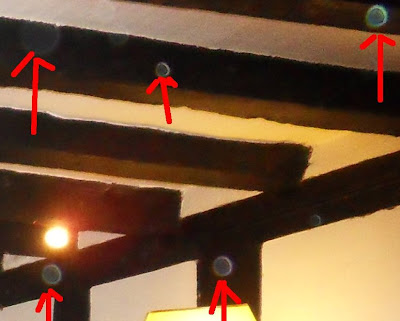 The white streak which the red box is around is different to the orbs, I have no answer for sure as to what it may be. 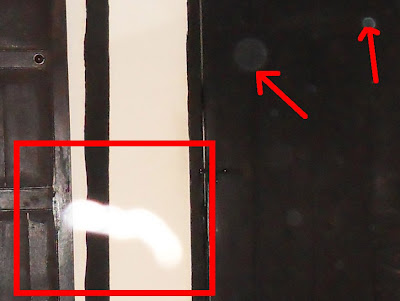 I realise that many will simply right all of this off as dirt or damp on the camera lens, or something similar. But others give these orbs a spiritual significance. What I can say is that the photo I took after this one doesn't have any orbs, blobs or other marks. Most odd, to say the least. 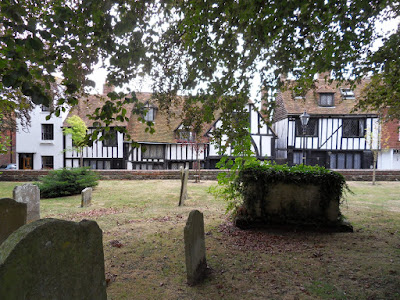 See also yesterday's post and Ghostly Rye: The Most Haunted Town In England.