The Mermaid Inn Ghosts And The House Opposite In Rye 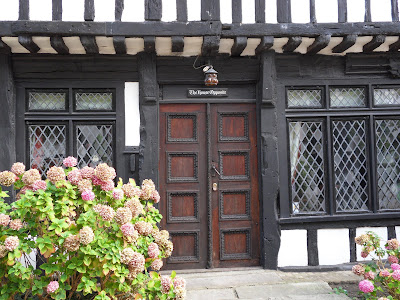 When it comes to giving your house a name it's not always easy to come up with something appropriate. This 15th century cottage in Rye decided it should simply be known as The House Opposite. This must surely confuse any new postman or delivery service - opposite what? they may wonder as they look at the address on the envelope. 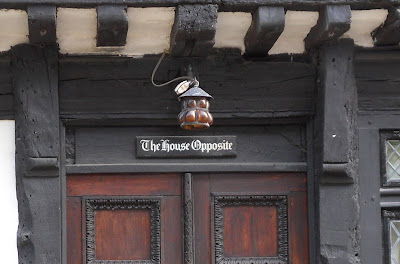 The buildings of Rye are all very old including the pub on the corner in the photo below. The landlord of the Mermaid Inn - which has parts dating back to the 1100s - came downstairs one morning and discovered a couple of guests sleeping on the couches instead of in their room.

The landlord asked them what they were doing and the guests explained they had seen people 'walk through their bedroom walls.' They refused to go upstairs again.

A previous landlord claims that two ghostly figures appeared, drew their rapiers and started to fight. The landlord watched until the victor ran his sword through his opponent's chest and then removed a floorboard and disposed of the dead man's body.

There are many other such ghost stories. 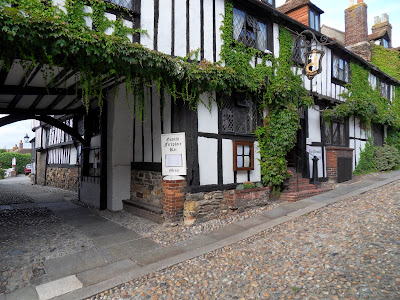 The streets at the centre of the town are still cobbled ... 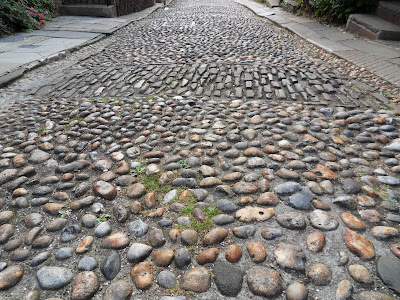 ... and the very old traditional cottages and buildings take visitors back to another time frame. Who needs a time machine when you have imagination? 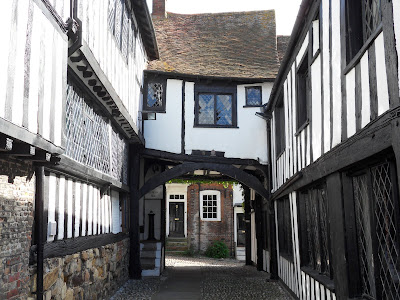 Rye is in East Sussex, England on the south coast. It's full of ghosts from another era! See Ghostly Rye: The Most Haunted Town In England.