The Quotes Of David Icke 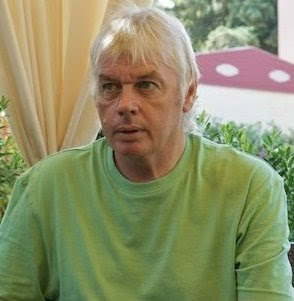 David Icke is a somewhat controversial but interesting bloke, though I don't agree with everything he writes and says. I remember him from before he became a writer, lecturer and conspiracy theorist. Back then he was a football (soccer) goalkeeper turned sports commentator. The following are a few quotes from the man himself. Some of what he writes will no doubt make some peoples' blood boil!

"We/I am a son/daughter of God. In fact, we are all expressions/projections of the Infinite Conciousness, which is love, that is what I mean when I say "I am a son of god."

"Dogmatic religion any form of mind control actually, has been used, and refined to fantastic effect over thousands of years since the 'restart' of Modern civilisation-Sumeria/Sumer according to Official history. To incite and exploit emotions like fear, guilt, frustration, anger, and the feeling of 'Emptiness'. Which has assisted our prison warders, who've encouraged the 'masses' to hand over their Responsibilty, and right to think and feel to a politician, book, media presenter, priest, experts because they feel and are encouraged to perpetuate the consensus reality, therefore subconcious belief that we/they don't have the ability or confidence for that matter to establish truth for themselves regardless of any external influences and without fear of being 'crucified' for doing so. You and I have the right, to take control of our minds and therefore of lives, which is the first step on the road to infinite, now is a good time as any to start to make your own decisions."

"All but one of the 54 signers of the Declaration of Independence were Freemasons."

"We are reflections of one another, therefore I know that you are part of me and I am part of you because we are all projections of the universal principles of creation/destruction polarities of the same infinite consciousness that we call God."

"The members of this Elite are either direct incarnations of the fourth-dimensional Prison Warders or have their minds controlled by them. The aim of the Brotherhood and its interdimensional controllers has been to centralise power in the hands of the few. This process is now very advanced and it is happening on a global scale today thanks to modern technology. The game-plan is known as the Great Work of Ages or the New World Order, and it presently seeks to introduce a world government to which all nations would be colonies; a world central bank and currency; a world army; and a micro-chipped population connected to a global computer. What is happening today is the culmination of the manipulation which has been unfolding for thousands of years."

"You don't comb the mirror, you comb your own hair and the mirror changes."

"The following list has been compiled from the wealth of research I have put together over the last ten years. I would suggest that all of these are reptilian bloodline, but I only mention shapeshifting where it has been witnessed. It is only an initial list and will be added to. If you can add names, and give the supporting evidence, that would be most helpful in exposing these horrors. By 'Satanists', of course, I mean those involved in human sacrifice .... George Bush: ex U.S. President and Vice President, head of the CIA, and a stream of other roles in the Illuminati. Satanist, mind controller, torturer of children and adults, shapeshifting reptilian, and major drug runner. Serial killer. Nice man... Queen Elizabeth II of the U.K.: Satanist, child sacrificer, shapeshifting reptilian. Major Illuminati figure."

"I strongly believe that a small Jewish clique which has contempt for the mass of Jewish people worked with non-Jews to create the First World War, the Russian Revolution, and the Second World War. This Jewish/non-Jewish Elite used the First World War to secure the Balfour Declaration and the principle of the Jewish State of Israel (for which, given the genetic history of most Jewish people, there is absolutely no justification on historical grounds or any other). They then dominated the Versailles Peace Conference and created the circumstances which made the Second World War inevitable. They financed Hitler to power in 1933 and made the funds available for his rearmament."

"Don't let them tell you what to think, no matter how 'different' your own views may be in relation to the official line. If you are not different in this world of stunning uniformity what on earth are you doing? Baaaaaaa."

Email ThisBlogThis!Share to TwitterShare to FacebookShare to Pinterest
Labels: David Icke, Thought Of The Day