Tergiversate The Word Of 2011 Coincidence 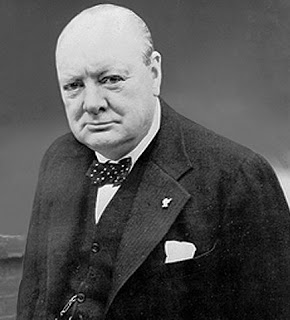 A coincidence story today via Michael from Fleet in Hampshire, England about a word I had never heard previously.


Coincidence is an amazing thing.  My current bed-time reading is Speaking For Themselves

, the personal letters of Winston and Clementine Churchill, edited by their daughter.

Chapter VI on The Dardanelles, has an introduction which includes a comment about Admiral of the Fleet Lord Fisher being initially enthusiastic in his support of the plan, but then obstructing all Churchill's efforts to send Naval reinforcements.

Churchill stated: 'Wildly supportive of any plan at one moment, and as violent in his opposition to it the next, the 70 year old Admiral's tergiversations made him a difficult colleague - and an impossible one when events started to go awry.'

Having read this, the following day I read that tergiversate, a word I had never previously come across in my 77 years had been chosen as the word of 2011.

My dictionary (Concise Oxford) entry for the word of the year reads: