The Winds And Energy Of Death 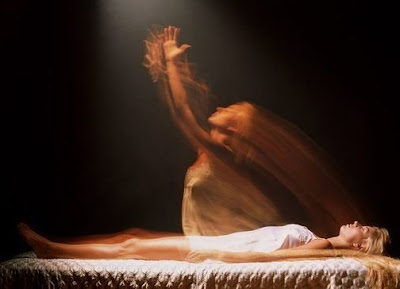 Unfortunately I didn't record where I read the following, but it is of someone's experience when their loved one died. They are trying to explain what they felt at the time.

"When someone I know dies, close by or even a little far away, it gets windy outside. But it doesn't feel like regular wind. This probably sounds crazy but I feel like their spirit comes out, free, and turns into the wind."

I then remembered another cutting I had in my files, which was very similar.

"On the 23rd of August, 2008, it was still outside and I was in my back garden. I answered my phone and was told of my grandma's passing. At the exact same time there was a slight, gentle breeze that surrounded me. It was like she was with me one last time, or her spirit was."

This got me thinking about what we can feel when someone dies. I then read an article on the Internet by Sharon Soderbloom who was a hospice nurse. She was telling of a time an 'evil' man died while she was on duty.

"He was scared and agitated, fighting death all the way. He finally was to succumb and the body lay in the room for a little while before we could get to it to prepare it. I was the first one in the room, I had to suddenly back out of the room, the energy in that room was so strong and so negative. I had to get six other nurses to come in with me to prepare the body, it was awful."

I suppose the subject of what others feel when someone dies goes back to when my own mother passed on. She was in a Nursing Home and we were told that she only had a short time to live, a few days perhaps.

I spent all day with her, my wife also joined me and my son stayed for a while as well. Mum was unconscious and at midnight the matron persuaded me to go home to try and get some sleep. I reluctantly took her advice and within minutes of my wife and I arriving home (about a ten minute drive) the phone rang - mum had died.

It felt as if she didn't want me to witness her actual death, as she knew it would be hard for me. So she somehow hung on until I had left. I went straight back to the Nursing Home.

I sat with her body, on my own, for about half an hour, or maybe more, but I didn't feel anything other than sadness. Mum had gone.

It was only later that I saw the white feathers I have mentioned in previous posts. But I had no connection with mum straight after she died and I felt I had missed a proper goodbye.

I had been dwelling on this thought today when I picked up a book that had been given to us along with several others. It was the autobiography of a British singer and actor David Essex. I opened it up (page 275) and he was writing about how he had been notified of his father's death. He was doing theatre at the time and, as the saying goes: the show had to go on. He went for a walk and then, in his own words:

"I was back at the Queens Theatre by the 'half', which in theatre terms means the thirty-five minutes before the show starts, and as the clock ticked on I felt a power, an energy and a brightness inside of me. I can only say that the performance was the most powerful I have ever given. It was like an out-of-body experience. I know I connected with my father's spirit that night and the power was immense."

I thought  how lucky David had been to have had such an experience. It was then that I flipped to the beginning of his book, A Charmed Life

, and found he was born on July 23rd, the same as me though a different year, and he too was an only child. Strange as, though I didn't particularly like his singing, I always felt a connection with him for some reason.

Though personally I have lost several close loved ones, sadly, I have never been with them when they died, and neither has my wife. I guess it was never meant to be.

Further Reading:
The Meaning Of White Feathers As Messages From The Dead
The Unusual Contact With Her Dead Mother

Recommended Book: Synchronicity and the Other Side: Your Guide to Meaningful Connections with the Afterlife

Email ThisBlogThis!Share to TwitterShare to FacebookShare to Pinterest
Labels: Ghosts and Dead People, Life After Death, White Feathers and Angels