The Reincarnation Of Brian Blessed's Brother 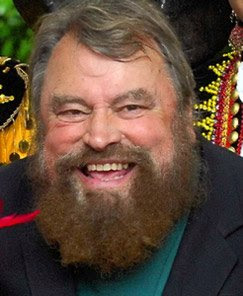 Brian Blessed is a larger than life British actor who is fortunate enough to have met the Dalai Lama more than once.

During one of the visits the Dalai Lama passed on remarkable information about reincarnation to Blessed.

First though, Brian's slant on the Dalai Lama himself:

"He is truly extraordinary and has an incredible aura, although he's not holier than thou.

When I was alone with him I felt an incredible burning sensation in my head and body, which was quite electrifying. I found myself becoming completely honest with him, totally myself and ended up being semi-rude to him.

I told him that he made me sick and he giggled and asked why. I said because he was such a goody gum drops. 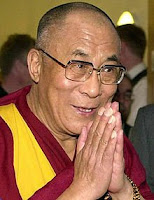 I asked him if he ever lost his temper or got impatient with anyone and he said, 'Ooh yes, a while ago a doctor came and gave me an injection and he stuck the needle in too deep and ooh, it was so painful! I told him I hated him! He was a big fat doctor, fatter than...' Suddenly he stopped and we both knew what he was about to say. He was fatter than me!

I pretended I was hurt and the Dalai Lama got down on his knees and asked me to forgive him. We just laughed and laughed – he has such a sense of humour."

Brian told the Dalai Lama about his brother who was very ill. Unfortunately his holiness didn't pass on any miracle cure but informed the actor that he shouldn't worry because, though his brother would die shortly, he would be happily reincarnated as a boy in Halifax, Canada. He was told that 'God would look after him.'

The Dalai Lama passed on details and Blessed was later able to visit Halifax where he met the boy. He was amazed of how the child looked so much like his brother, though with a Canadian accent. The boy seemingly took an instant liking to the actor.

Blessed is quoted as saying that this proves the 'miracle of life'.

Further Reading:
The Reincarnation Of Phil Collins
Henry Ford And Reincarnation"
A Glimpse Of Her Death In A Former Life"