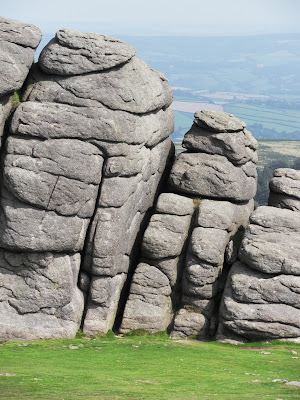 I'm not altogether sure why but I like rocks, especially granite rocks like these that are found on Dartmoor in England. This was one of the places I visited recently. The photo above reminds me of men wearing berry-like flat hats - but I am overdue for an eye test!

Dartmoor can be a desolate area but in the sunshine it is something special, full of magic and mystery. To think that people will have been touching and seeing these stones for over 5000 years, what stories they can tell. 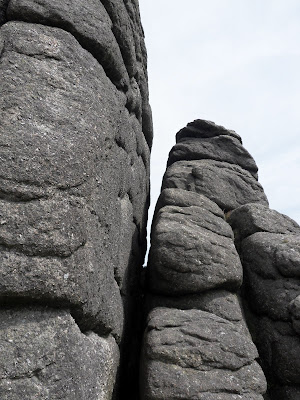 Neolithic people began building chambered tombs on Dartmoor in c3500BC and about c2000BC prehistoric tribes started to erect standing stones and circles and burying their dead beneath cairns. Moving on to c1500BC stone huts began being built and the local Dartmoor area was divided into distinct territories and fields known as reaves.

The photos are of the area known as Haytor. 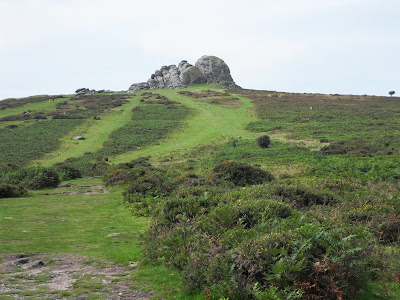 There are animals roaming the moorland including ponies and cattle. They aren't actually wild nowadays but are owned by the likes of farmers who have a right to use the common land. This can make driving on the narrow, winding roads a little precarious. We had to stop several times because of ponies and cattle crossing in front of us - they seem to think they have the right of way! 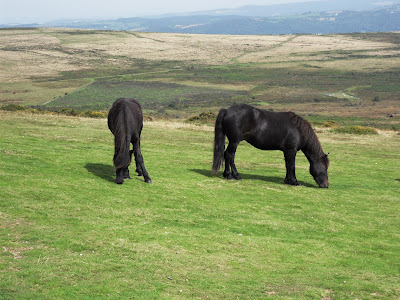 The Sherlock Holmes classic Hound of the Baskerville is set on Dartmoor. It's said that Sir Arthur Conan Doyle was taken on a tour of the area by a local man called Henry Baskerville - thus the name of the book.

The author may well have got the idea of the hound from the local legend of how a pack of spectral dogs known as the Whist Hounds or Hounds of Hell are said to roam Dartmoor. 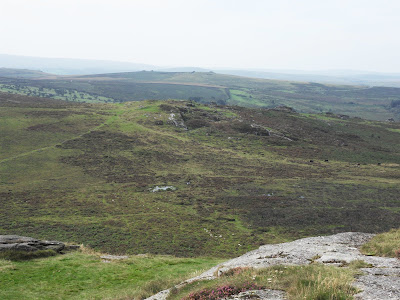 After we had spent time walking on Dartmoor we made our way to Widecombe, known for it's traditional folk song about the village fair. It starts off:

Tom Pearse, Tom Pearse, lend me your grey mare
All along, down along, out along lee
For I want for to go to Widdicombe Fair

Maybe I'll do a post about Widecombe in the future and the Thunderstorm of 1638. 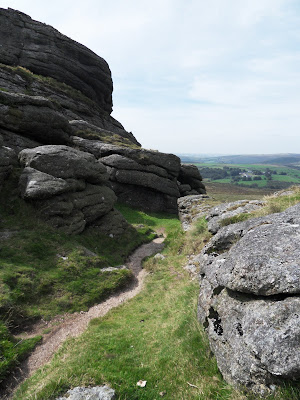 Other Posts About My Recent Break:
The Pixies Saved Us From The Evil Serpent
Walnuts With A Chord Of Holiday Camp Synchronicity