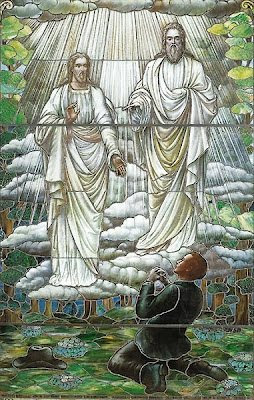 I have been rebuked, accused of not doing enough research when I wrote the post Hitler And Princess Diana Baptised As Mormons.

The rebuke is from someone whom, I presume, is a Mormon though doesn't give his or her name. Instead of defending the post and entering into an argument I decided I would publish the complaint in full and unedited.

Always willing to give an opposing view to my own. Enough of a preliminary, see how you view what follows:


1- Everyone that has ever lived experiences an afterlife in the LDS* world view. The immediate afterlife arrived at once a person dies is the Spirit World, a temporary place where the good wait in Paradise and the wicked wait in Prison for the eventual resurrection of the body, which everyone will able to experience. In Mormonism, baptism by a person with authority (other denominations are seen as not having the proper authority) is a prerequisite for salvation in the Celestial Kingdom, the presence of the Heavenly Father. Those who are never baptized receive a lesser kingdom or are cast into Outer Darkness, depending on their actions and whether or not they accept Christ's Atonement (which they still have the opportunity to do after they die). Vicarious baptism for the dead, a practice that existed within the primitive Christian church (as attested by 1 Corinthians and the Shepherd of Hermas), is offered to those who never had the opportunity to receive it in life. The dead can accept or reject the offer once it is extended; labeling those that have had the work done for them as Mormons is incorrect if we cannot know their reply.

2- Within the context of Mormonism, Joseph Smith** was not 'wrong' for re-instituting polygamy, nor was the Church 'wrong' for eventually ending the practice. Monogamy is given as the standard marriage form for members to observe within the Book of Mormon, but the text also mentions that God has the choice to allow polygamy at times when He feels it would be the better principle, as was the case in the time of Abraham, Isaac, and Jacob. Likewise, Joseph Smith was commanded to revive polygamy in his day, and later Wilford Woodruff was commanded to suspend it for the time being. And since the subject interests you, there are smaller figures for the number of women married to Joseph during his life time (and after he died), and many researchers rely on statements made by Joseph's enemies that are of questionable authenticity.

3- "Stand in brides and grooms" implies that vicarious marriages are made for couples. A valid sealing for a dead person requires that the person they are being sealed to is already alive, and since Woodruff policy requires that the people being sealed were married while alive. Members of both genders can indeed be sealed to multiple spouses, but only if the person that's still alive was widowed.

An understanding of baptism for the dead and the importance of marriage in Mormonism requires being familiar with the concept of sealing, by which families are able to continue on into the next life.

My asterisks:
* Latter Day Saint
** Publisher of the Book of Mormon