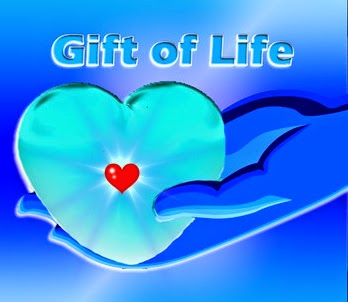 This is a remarkable story of a mother's instinct.

When John Carter died of a brain tumour his parents were understandably distraught but found comfort in the knowledge that his heart and organs would help save other lives.

John's mother always wanted to trace the person who was the recipient of her son's heart, but this was against hospital rules.

Five years after the transplant Mr and Mrs Carter attended a memorial service for organ donors at St George’s Church in Newcastle. It was then that something almost magical happened.

A Scott Rutherford was giving a reading and Freda Carter explained what happened to the Daily Mail:

"I sat down and turned the page of the order of service ... and a strange feeling came over me. I knew he was the recipient of John's heart. It was irrational as he could have been anywhere in the country. But I was completely hysterical. I couldn't breathe and started making a massive scene. I think it must have been maternal instinct."

There were nurses at the service and they helped Mrs Carter to the back of the church. They listened to what she had to say.

After checking with Freeman hospital, where the heart transplant was carried out, it was verified that the young man, Scott Rutherford, had received John Carter's heart.

Scott met up with Mr and Mrs Carter.

Mrs Carter said, "Scott came up to me and opened his arms and gave me a huge hug, He said he would be eternally grateful for what we had done for him. I asked if I could feel John's heart beat and he let me. It was all I wanted."

Mr Carter added, "John lives on through him. He isn't dead really."

Scott Rutherford was just hours from death when he received John Carter's heart. He explained:

"When I was growing up, I had barely any life. I was miserable and when the heart problems got worse I just wanted to die. I am unbelievably thankful to John and his family for everything they have done for me, The difference to my health is amazing."

Mr and Mrs Carter and Scott Rutherford were destined to meet.

Other Similar Posts:
Amazing Heart Coincidence: Their Hearts Matched
Heart Saving Coincidences
We All Need Love And Kindness Not Bullying And Hate