Phone Found In A Cabbage! 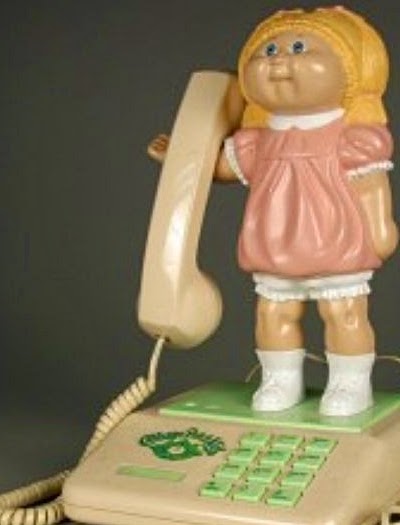 A Sunday quickie, if you'll excuse the expression.

Seemingly a 'phone pas' is similar to a 'faux pas', except that it is committed with a phone. Usually it's something similar to when you think you have switched off the phone, but then realise the other person is still on the line and has heard the dreadful things you have said about them.

I'm not sure if the following comes under the 'phone pas' category but this is what Mrs Gibson from Scunthorpe wrote:


"When it comes to 'phone pas' can anyone beat my husband? He lost his phone in his allotment. Six weeks passed and he cut a cabbage for lunch - inside was his mobile phone. Cleaned up and recharged it's still working!"

P.S. The only image I could find suitable for the post was a Cabbage Doll Phone!

Email ThisBlogThis!Share to TwitterShare to FacebookShare to Pinterest
Labels: Humour